Nollywood actor, John Okafor, popularly known as Mr Ibu, has sparked controversy online over his opinion on who must take up the cooking role in the kitchen in a marital home. 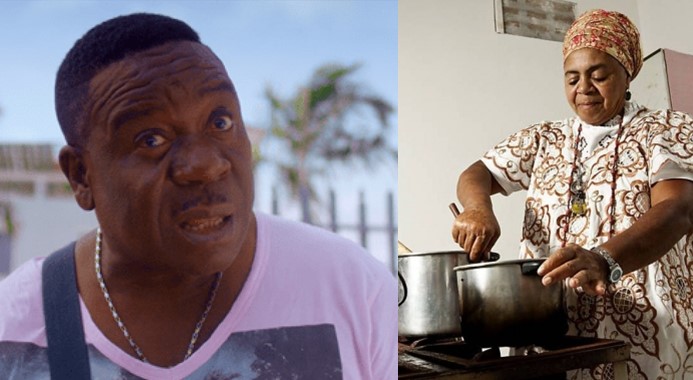 During a recent interview with The Punch, Mr Ibu said that cooking is a woman’s duty which should be done by them except on occasions when their husbands feel the need to cook, to show regard for his wife.

Revealing that that he doesn’t know how to cook and can only boil water, Mr Ibu said:

“My wife knows all about food and it is her duty to take note of that. She makes sure she gives me the best of what I need to eat. I do not take note on my own (of the nutritional value), but my wife does it for me.

“Cooking is for the women and should be done by them, except on few occasions if you just feel the need to cook, which shows you have regard for your wife. Asides that, cooking is a woman’s duty.

“When a man cooks, it is either because the wife is away from home and he’s alone. So, he has to cook for himself. I don’t have the time to do that because of work. Therefore, my wife handles that aspect. I don’t know how often she does that.”

Mr Ibu’s opinion about who is entitled to cook in a family has sparked controversy on social media with some people disagreeing with him, while others concur.

Noodles and egg 🥚 generations will want to come out and start dragging Mr Ibu. If you marry no cook for your husband somebody go help u cook for am wash he eyes with fish and assorted meat by then u go lean pic.twitter.com/concLS13ks

Dear Unmarried lady, don't be deceived by the married women telling you that Mr Ibu is talking in the nonsense. Majority of them wakes up as early as 5am to make breakfast for their husbands. It is your duty to cook for your family, that is what makes you a woman.

This comment is both sexist and patriarch. Mr Ibu just lost another fan. https://t.co/pJ7auyTpLl

Mr ibu is saying trash. Its the responsibility of both gender to cook🤡🤡🤡. Meanwhile👇🏾 pic.twitter.com/IsMgTDzx3H

If you're dragging Mr Ibu on this app….Biko make sure you're married…

If you drag Mr. Ibu and still sneak over your boyfriend’s house to cook this weekend, 600 years https://t.co/V6V3aEJGXm

I fit bet say most married women on this app have husbands who don't cook at all but they'll drag mr Ibu.. lol

As a Man, i can cook very well and i won't hesitate to cook if my Lady isn't disposed.

My Dad is a Professional Chef but whenever he's back from rig, my Mum does the cooking.

It's a matter of Choice.

Even oyibo women do the cooking in their homes mostly.. ordinary Nigerian Twitter chingum girl know more than everyone else. If you like, don't cook for your husband. Mr Ibu has said what he said. He's famous and happy.
Do what works for you. Shikena

If you are a hardworking man and married to a woman that loves you couple with Good life. she will never hesitate from cooking for you.
Then men like me, she's in for a cooking competition… Stop dragging Mr Ibu

And his wife cooking for him all day while he sits in the palour watching TV doesn't mean he made any sense. He(Mr. Ibu) actually said trash. You dig?

Only the KFC, McDonalds, Chicken Republic, etc type of girls are the ones who will disagree with Mr Ibu.
Man is 100% right. Don't come and tell me about 21st century. https://t.co/rnnbW3YHdq

Dear Men, help your woman in the kitchen as often as time permits. It takes nothing away from you. Do you, not Mr Ibu! https://t.co/7s1VJD8jfA

Anyone, man or woman who felt offended by this simple and justifiable facts said by Mr Ibu is living a fake life that can not lead him or her to a perfect life but a troubled and depressed one. It is an unarguable fact, it needs no other explanation or clarification. pic.twitter.com/BnnlVKlC2c

Cooking is only for women when there's no need to monetize. If money is involved, men will jump out. Check the best world chefs, top 10… they are all men. No single woman. Not even one. #mribu should be yarning dust. Mtchwww pic.twitter.com/YgASDCKO3b

Like Mr Ibu, alot of young men from this generation are yet to unlearn that cooking is not a woman's duty, its basic life skill every human being should have.

Mr Ibu is not our era now he should be above 45 also the society & family then told boys & men that house chores & cooking is for girls & women that was the mentality then. Don't blame them it worked for their generation definitely not ours #30BG Lucy Tolanibaj Lucifer pic.twitter.com/t8QInxgUeS

Dear Married women, of what us is it dragging Mr Ibu for his statement when you will still wake up 4:00am to prepare a lunch pack for your hubby while d singles, will still go over ds weekend 2 mk 4 diff kinds of meals & refrigerate? Sounding Woke can be exhausting as it is now.

KanyiDaily had earlier reported how a Nigerian lady abandons all her properties and disappeared after cooking ‘rubbish’ for her boyfriend who gave her N7,000 to prepare Egusi Soup in his house. 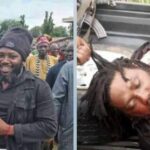 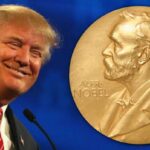