A Nigerian lady has abandons all her properties and disappears after cooking ‘rubbish’ for her boyfriend who gave her N7,000 to prepare Egusi Soup in his house.

It was gathered that the man had invited her over to his house, and she demanded N7000 from him to prepare a sumptuous meal.

Apparently after preparing the soup, she noticed her “egusi” wasn’t pleasant to the eyes, she ran away, leaving her bag, ATM card and other properties behind.

In a video circulating the social media, the man could be seen stirring the “egusi” soup and dragging the lady for collecting N7,000 from him to cook “rubbish”.

The girl in question was no nowhere to be found as she abandoned her personal belongings in the house and disappeared, probably to evade being disgraced.

Slay Queen abandons all her properties and disappears after cooking rubbish with the N7k she was given to cook Egusi Soup at a Guys house in Udu Road in Delta State!!! . Follow @mediagist for more exclusive updates.

Meanwhile, KanyiDaily had reported how a young lady recorded herself sleeping with her best friend’s father, as revenge for snatching her boyfriend. 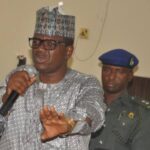 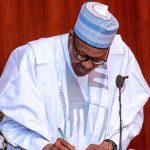