A former Big Brother Naija housemate, Tokunbo Idowu, popularly known as TBoss, has revealed the circumstances surrounding the birth of her daughter, after claiming that she spoke the little girl into existence. 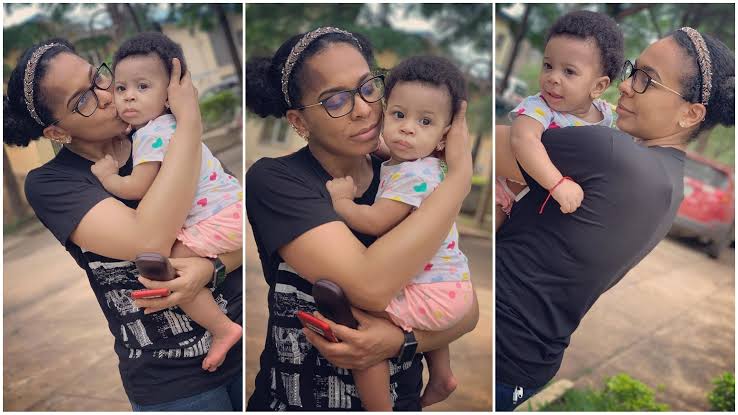 KanyiDaily recalls that TBoss had come under attack from some of her fans on social media after she claimed that she spoke her daughter into existence.

The mother of one who later deleted the Instagram post, has now revealed that she delivered her baby earlier before the due date through Caesarean section, because she couldn’t wait to see her.

TBoss made this revelation during a recent Instagram Live session, where she also narrated how she had to choose between becoming a mother and continuing with the ‘celebrity lifestyle’.

“I had the choices of being a mother or continuing with this celebrity lifestyle and I thought about it for a nanosecond and said I was going to be a mom. I was like, I wasn’t even thinking about it, everything else could go, I don’t care. I want that baby.”

READ:  Anambra Man Murders His Two Kids, His Mom And Leaves His 3 Other Children In Critical Condition

She went on to narrate how she had her baby saying:

“I had my child through Caesarean, CS. I actually brought out my child twelve days earlier because I couldn’t wait. I wanted to hold her in my arms. I wanted to see and kiss her. I just couldn’t wait any more. I was too eager, plus I some horrible Braxton Hicks and some reactions that made the doctor advise we bring her out, just in case.”

On who her baby’s father is, TBoss replied saying it will remain private as those who ought to know, know already.

KanyiDaiky recalls that Senator Dino Melaye had been rumoured to be the father of Tboss’ new daughter, but the senator denied ownership of the child.

READ:  Only Igbo President Can Fix Nigeria, But They See Us As 'Mumu' - Cubana Chief Priest

Actor, Mr Ibu Dragged For Saying “Cooking Is For Women And Should Be Done By Them”