Human right activist and convener of ‘Bring Back Our Girls’ movement, Aisha Yesufu has caused outrage on the social media after she endorsed the practice of same-sex relationships in Nigeria. 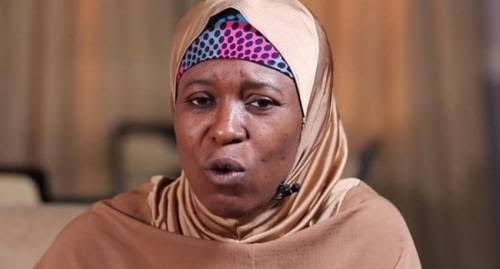 In a post shared on her Twitter page, the vocal activist said that homosexuality is “not a new discovery” in Nigeria, adding that same-sex marriage had existed in the country for more than a century.

Yesufu, who is known to be a staunch Muslim, said everyone deserved to be given “the right to practice your sexuality.”

“You do not need anyone liking your choice of sexuality. All you need is being given the right to practise your sexuality.

“Homosexuality was freely practiced in Nigeria for hundreds of years and I witnessed same sex marriages in the 80s. So calm down, it is not a new discovery,” she tweeted.

READ:  MUST READ: The 6 types of Nigerian girls you must meet in this Life

You do not need anyone liking your choice of sexuality. All you need is being given the right to practise your sexuality. Homosexuality was freely practiced in Nigeria for hundreds of years and I witnessed same sex marriages in the 80s.
So calm down, it is not a new discovery.

I grew up with homosexuals who unashamedly & fiercely owned their sexuality & didn't give a damn what anyone thought. Ask your parents. These set we have now are whining ones with entitled mentality waiting to be liked and swarming in hives to descend on people.
Not Aisha Yesufu

READ:  WHO Disqualifies Nigeria From Global COVID-19 Vaccine Bid For Not Meeting Requirement

Her statement however did not resonate well with some Nigerians who questioned and criticized her for her opinions, others raised concern at the level of things she would do or say to remain relevant.

Wetin Aisha no go hear for twitter. The most irritating part is that many amongst the LGBTQ community in Nigeria also do not know that before the coming of the colonialists it was entrenched here even while it was illegal over there.😏😏😏😏https://t.co/do73sGLU4w https://t.co/PVxmcdb4zm

Aisha yesufu is just an opportunist trying to remain relevant, LGBTQ has no place in any religion not Islam not Christianity.

🤣🤣
Apparently I was trending without knowing. You guys are sick! With the issues we are facing it is Aisha Yesufu matter you guys are carrying on your head.
No wonder government dey see una finish.
Homosexuality was in Nigeria before your parents where born so be calming down pic.twitter.com/vkSXjoIW1H

I understand the rage of Muslim Twitter against Aisha Yesufu’s tweet on homosexuality in Northern Nigeria. What I don’t get is the ongoing Clubhouse discussion against her by LGBTQ rights activists. How did one tweet succeed in offending two opposites?

Omo, Arewa Twitter people started the dragging, they said Aisha Yesufu is supporting LGTV people and it’s against her religion.

Waspapping said she belongs to the kitchen.

One of them that lives close to God even said she won’t make heaven. pic.twitter.com/kbq1HlzsNF

You don't have to agree with Aisha Yesufu on every single issue. But calling her useless and an opportunist? Come on!

You look at Aisha Yesufu and the nonsense she tweets and you’ll understand why it’s always better when ladies stay in the kitchen.

It must be very touch being Aisha Yesufu at this point. Wastepapin and his band of Arewa Twitter scoundrels are dragging her for promoting homosexuality while our very tolerant and progressive rainbow committee is dragging her for being homophobic 😭

Aisha Yesufu won't forget today in a hurry. This boy came prepared for her. One of her followers forming Bruce Lee sef collect him own🤣🤣🤣🤣🤣. Make una pity this woman oo😂😂😂 pic.twitter.com/PGE3b3Mofs

Aisha Yesufu’s tweet should serve as a strong warning to all the Muslim boys & girls Idolizing or stannin’ her.

she’s not the type of lady you’d look up to as a Muslim.

I am not against Aisha yesufu opinions, If she is okay with both her sons doing the gay 69 with each other, fine with me. But what I know is that Islam is 100% against homosexuality and she should stop wearing that Hijab that portrays her as a Muslim woman. She is not a Muslim

Aisha Yesufu is the perfect example of what an OPPORTUNIST is, the woman is always looking for a chance to impress her blind followers. How can you be a true Muslim and be supporting LGBTQ.?? It's time you stop disguising and tell us what you really are. LGBTQ IS HARAM IN ISLAMN!

Aisha Yesufu is proof that President Buhari was right when he said “His wife belongs to his kitchen and the other room”.

One day we’ll wake up & the likes of Aisha Yesufu will tell us to accept paedophiles or rapists since concepts of “Wrong & Vices” are gradually clouded by “Choices & Rights” till there’s no right/wrong.

I mean, it’s their choice & right to do what they want.

Nobody can legitimately call Aisha Yesufu a champion of women’s rights or a fighter for human rights. Women are lesbian, bisexual, queer, transgender, and she shits on us every day. LGBTQ are human beings, and our rights are human rights. You’re trash, @AishaYesufu. Know that.

KanyiDaily recalls that Aisha Yesufu was recently listed among the BBC’s 100 inspiring and influential women from around the world for the year 2020. 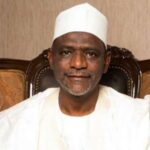 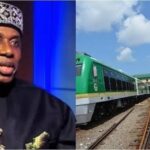