Popular singer, Burna Boy has revealed the reason why marijuana hasn’t been legalized in Nigeria despite the large number of people that smoke weed in the country. During an interview with Home Grown Radio in Los Angeles, Burna Boy said hypocrisy is the main reason why marijuana hasn’t been legalized in Nigeria.

According to him, everybody in Nigeria smokes weed but nobody wants to admit it because they believe the cannabis plant could make one go mad.

Burna Boy said, “It’s not a zero tolerance. It’s like everybody does it, but no one wants to be the one that is seen with it. “It’s just kind of hypocritical out there. Everybody smokes weed. It’s like some dumb shit bro. You know those old shit when they talk about it frying your brains.

KanyiDaily recalls that veteran Nigerian musician, Charly Boy had claimed that he smoked more weed than Fela Anikulapo Kuti, and Naira Marley because of its health benefits. 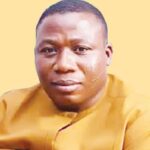