Lisa Marie Presley reportedly claimed Michael Jackson “sang and screeched” his way to orgasm during the best sex she had ever had with him.

The daughter of Elvis, who was married to the King of Pop between 1994 and 1996, told a friend how she used to romp all night long with the late singer.

The x-rated revelations are included in the unauthorized book ‘Dark Lady’ by Anthony Gregoreli, where it’s also claimed Lisa Marie insisted they had wild sex before they were married – because she wanted to make sure he could fulfill his spousal duties.

The claims were then made public in a high-profile National Enquirer article in October 1995.

Lisa Marie, now 51, allegedly said she and Michael Jackson first slept together during a weekend at Donald Trump’s Florida mansion and how the singer preferred having sex standing up.

“It was absolutely wild. He was slow getting started, then he just wanted more and more,” she reportedly said.

Lisa Marie added that Michael liked to sing and shriek as they got intimate leaving her giggling, reports the Mirror.

The pair first met in 1975 when a seven-year-old Lisa Marie attended Michael’s concert in Las Vegas, however, their “adult friendship” began 17 years later.

On May 26, 1994, the pair shocked the world when they secretly wed in a small, private ceremony in the Dominican Republic.

“I believed he didn’t do anything wrong, and that he was wrongly accused and, yes, I started falling for him. I wanted to save him. I felt that I could do it,” she said in The Magic and the Madness by J. Randy Taraborrello.

After the allegations, Lisa-Marie had encouraged Michael to settle out of court and check into rehab when the stress left him self-medicating.

In January 1996 Lisa-Marie filed for divorce citing irreconcilable differences. During an interview with Oprah Winfrey in 2010, the singer revealed she and Michael spent four years after their split trying to reconcile

That same year, Lisa Marie opened her heart about her marriage to star saying things were “normal” before it all went sour. Though there was speculation that Presley was only with Jackson to further her career, she called that “absolute B.S.

She said she much preferred her role as nurturer and caretaker to the troubled pop icon.

“I’ve never been comfortable being front and centre, honestly,” she explained.“Don’t like attention on me. Loved being next to him and taking care of him. I was on such a high doing that … that it was a very profound time in my life.” 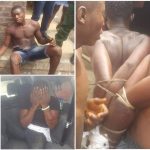 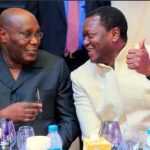