Fast-rising Nigerian singer, Portable has been filmed engaging in a street fight barely a few hours after his wedding to baby mama, Omobewaji Oluwaferanmi Ewatomi.

KanyiDaily recalls that the couple had exchanged wedding vows on Tuesday in the presence of Islamic clerics, their families, and well-wishers during their child’s naming ceremony in Ogun.

The wedding came at about the same time when Portable’s aide driver, who was running an errand, killed a motorcyclist at the Iyano Ilogbo axis of the state.

The singer’s manager identified as Theresa confirmed the incident to newsmen, saying the motorcyclist died shortly after he was rushed to the hospital.

Admist the tragic event, Portable has been spotted in a new video engaging in street fight following a disagreement with some individuals which later ended in a brawl.

In a video circulating on social media, the singer could be seen trying give a punch to his rival before some people intervened and ended the scuffle which happened in Ibadan, the capital city of Oyo State.

READ:  Mayor Of Peru Pretends To Be Dead In A Coffin To Avoid Arrest For Breaking Lockdown Rules

This comes hours after Ogun State Police Command ordered Portable to report himself at the nearest police station over a video clip circulating on social media, where he was said to have organized some youths to beat up a young man.

READ:  Feminism Is What Causes Women To Be Beaten Up In Marriages - Pete Edochie 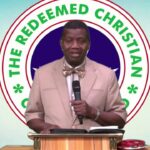 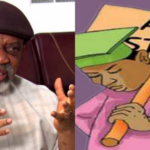