The Minister of Labour and Employment, Chris Ngige has expressed confidence that the Federal Government will soon resolve issues on the ongoing strike by the Academic Staff Union of Universities (ASUU). 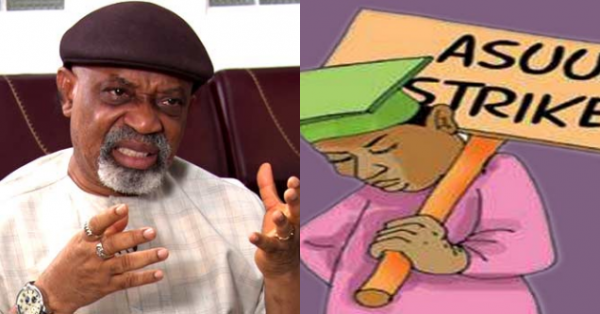 While addressing journalists on Wednesday after the Federal Executive Council (FEC) meeting presided over by President Muhammadu Buhari, Ngige said the government will soon resolve the issues causing the strike.

The minister added that the disputes on the Integrated Payroll and Personnel information system (IPPIS and University Transparency and Accountability Solution (UTAS) would be addressed in the next meeting between the parties slated for Thursday.

Ngige said, “It will be resolved very soon. As the issue is bordered on money, remunerations, welfare, we did another conciliation meeting inviting the ministry of finance, budget office of the federation, National Salaries, Incomes and Wages Commission and again, with their employers on the 1st of March.

“After that, it became clear that two cardinal things were still keen — the issue of renegotiation of their welfare package as in the 2009 agreement; that agreement says you can review every five years, so, that issue stuck out like a sore thumb.

“Then another issue arose in that agreement — the payment platform of university transparency, accountability solution, which they say they’ve invented. They said they don’t want to be on IPPIS; that IPPIS was amputating their salaries and taking off certain allowances, and so, that it is not capturing their peculiarities.

“So, we now have to ask them to go back to these places, form committees with them. Education took them on the issue of 2009 agreement, which is renegotiation of their conditions of service, emolument, their remuneration allowances. Therefore, salaries, income and wages, and ministry of finance that produce the money are involved. So, they went back.

“That’s where they are — what we call tripartite plus meeting — based on the presidential directive that the chief of staff, myself, finance, education, find a solution.

“That meeting held in the banquet hall. We gave an instruction again for them to come back with terms. So, as I speak to you, as the arbitrator or conciliator-in-chief, I have not gotten back any of the reports from education, from salaries, incomes and wages, nor from ASUU because they’re supposed to report to me.

The adoption of the payment platform has caused some friction between ASUU and the National Information and Technology Development Agency (NITDA) over the integrity test conducted on the university transparency accountability solution (UTAS).

KanyiDaily recalls that President Buhari had pleaded with the ASUU to consider the plight of students and call off the ongoing strike, adding that students should exercise patience as the federal government is working on resolving the strike.