Menu
PALPABLE fear has gripped residents of Sabo-Oniba community in Ojo Local Government Area, Lagos State, following incessant attacks by men of the underworld. In fact, the attacks have become so regular that some of them have re-located to other areas for safety of their lives.
Worse still, the bandits have become so daring to the extent of attacking the palace of the Bale of the community. For now, the people seem to have taken their fate in their own hands by resorting to the involvement of local vigilante groups to ensure their safety……Continue
Crime Alert gathered from those interviewed that they have been having sleepless nights as a result of those attacks. They recounted their heart-rending experiences on the hands of the bandits. One of the victims, Samuel Eze, a 26-year-old man from Nkanu local government Area of Enugu State, and also a tenant at Alhaji Irorum street, off Sabo-Oniba bus stop said he will forever live with the trauma of  his ugly experience on Tuesday, August 6, 2012.
It was a day he witnessed the bestiality in some human beings.  On that day, dare-devil bandits clad in military uniforms, invaded his house and raped his sister to death in his presence. The fair-complexioned tall man narrated the chilling story of how the bandits carried out their deadly mission to Crime Alert in tears.
He said: “They forced their way into our house, pointed a gun to my face asked me to give them N50,000 or else they would kill me, but one of them turned to my 15 year-old sister and together with others, they rape her to death. That was a very traumatic day for me because I saw my own sister raped to death.”
A female victim narrated that robbers invaded their house, pointed a gun to the face of her husband and forced him to bring out all their valuables and “after giving them what we had, they brought out N2000 and gave to me because I am pregnant. They said I should give it to my unborn child.”
Other residents relived their ugly experiences on the day another gang of robbers invaded their street and killed a night guard after which they forcefully dispossessed them of their property. The landlord of one of the houses the bandits broke into, Mr. Jelili Irorum told Crime Alert that it was not the first time such thing would take place in the area.
Irorum said: “My brother, I am short of words because nothing I say to you will bring back our stolen property or help us bring these hoodlums to book because, we have written to the Lagos State police boss complaining bitterly about our sleepless nights but to no avail.
Even during this latest attack, I personally called the Ilemba-Hausa police station but we didn’t get their response not until I called Area E commander who gave an order to the station. They only arrived the scene after the robbers had leisurely perpetrated their atrocities and left. We are no longer sleeping with our two eyes closed. Please, we need the government to come to our aid.”
Another victim who pleaded anonymity told Crime Alert that three weeks ago, a six month-old baby was sliced into two by the robbers when the family failed to meet their demands and that the pain of loosing their first child made the mother drink a poisonous substance that killed her. The victim also disclosed that the widower relocated to an unknown area after loosing his first child and wife.
When Crime Alert visited the palace of the Bale of Sabo Oniba community, he was said to have gone out but one of his cabinet members, Alhaji Usmani, showed us the walls and windows of his palace that was pierced by stray bullets of the robbers. He said that the bandits have been operating freely in the community without hindrance and that the palace of the Bale located on Oseni street was not left out.
Usmani noted: “In fact, it has become so incessant that Goriola street dominated by the Igbos introduced a vigilante group named “Bakasi” to act as a watchdog since the police in the community are not always available.” He also applauded one Alhaji Saka a leader of a vigilante group named “neighbourhood” stating that he has been the only source of relief to them. “We are grateful to Alhaji Saka and his group for saving us.
Theirs was the group that chased the robbers away after a gun battle. We are fervently praying that the Commissioner of Police whom we were told has zero tolerance to crime will remember us and check the excesses of these men of the underworld in our area. We are also praying that the local government should provide buses and ammunition to these vigilante groups that assist the police to curb crime in the area,” he stated.
Vanguard. 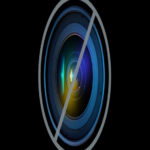