The Chief Coroner of Lagos State, Justice Lateefa Okunnu, has directed that an inquest be conducted into the circumstances surrounding the death of a 61-year-old man, Adewale Olupitan-Hazzan, who  died after being allegedly brutalised by soldiers attached to Flag Staff House, Force Road, Lagos.
The deceased’s brother, Adedotun, had on behalf of the family written to the office of the Chief Coroner of the state, urging it to conduct an inquest into his death.The letter dated August 2, stated, “My late brother died days after he was brutally beaten by a group of soldiers at the Obanikoro end of Ikorodu Road. “The deceased was the breadwinner and pillar of support to the family and we the family members want justice to be done.“We hereby request a coroner inquest to determine the actual circumstance surrounding his death. We seek that you use your good office to do this onerous task.”….Continiue
Following their application, Okunnu directed the Ikeja District Coroner, Magistrate T. A. Elias, to conduct the inquest.
A letter addressed to Elias by the office of the Chief Coroner which was made available to our correspondent on Wednesday stated, “You are to kindly conduct an inquest into the death of the deceased following the request by Adedotun Olupitan.”
The soldiers, who were in a convoy, attacked Adewale at the Obanikoro end of Ikorodu Road on July 15 for allegedly breaking the side mirror of one of the vehicles in their convoy.
He later died at the Lagos University Teaching Hospital on July 29 as a result of the injury he sustained.
Adewale, a retired director of the Nigerian Maritime Administration and Safety Agency, was buried on August 11. 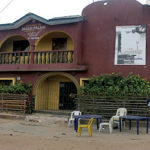