The Academic Staff Union of University (ASUU) on Friday vowed to continue its ongoing industrial action for years until the Federal Government honour its agreement.

The statement which was read by ASUU zonal coordinator, Prof. Olu Olufayo said the union, unlike in the past, has resolved to remain on strike for as long as possible to ensure that the FG implement the 2009 agreement, the Memorandum of Understanding in 2013 and the Memorandum of Actions signed in 2017 and 2019 respectively.

The Union also said the government should declare emergency in the education sector and shutdown schools for two or even five years in order to fix the problem in the sector and ensure quality education in the country.

ASUU said the FG resumed negotiation with the union because the government is scared of youths’ protests after they saw their demonstration during #EndSARS protest across the country.

“It is unfortunate that the government in the country does not care the quality of education available for the children of ordinary Nigerians since their children schooled abroad, hence, their refusal to honour the various agreement reached with ASUU for almost eleven years. We have also resolved to remain on strike for as long as possible to ensure that the FG commit to the agreement and take concrete steps towards ensuring quality public university education in the country.

“We have told the FG to declare a state of emergency in the education sector, shut the schools for two or even five years within which it can fix the problem in the sector and ensure quality education in the country.

“It is surprising that it takes the FG the EndSARS protest to call the union back to the negotiation table despite the long period of break imposed by the pandemic. Government believe if the youths were in the classroom, the protest could have been curtailed or minimised.

“We have consistently drawn the attention of the government and the general public to the rot in the public University system and our spirited efforts at alleviating such to re-position the educational sector in the country for national development. Our efforts have been constantly frustrated by the federal government and thus putting our students at the receiving end.

“It is no longer news that students are terribly crowded in the lecture rooms and hostels, and public universities do not have adequate facilities to execute their mandate religiously. We are almost always subjected to resulting to painful strike actions to commit the Nigerian government to act in this regard.

“Presently, we are on strike again on an eleven (11) year old lingering crisis which our government is yet to fully address. For the avoidance of doubt, the issues still remain: Funding for Revitalization of public universities, payment of earned academic allowances, Visitation panels to universities and renegotiation of 2009 FGN/ASUU agreement.

“Having embarked on a needless action, government since March 2020 has not made any meaningful effort to fulfilling the agreement. Rather than do the needful, government introduced an element of distraction – IPPIS, and a wicked move to starve our members to death by withholding their salaries, since the lockdown hitherto. The narrative has been mischievously rearranged to confuse the public that ASUU is on strike because of IPPIS alone.

“On government’s request, we have developed a suitable alternative – University Transparency and Accountability Solution (UTAS). This has been demonstrated to government, applauded and currently undergoing integrity test prior to adoption for use in the university system.

‘Our few meetings with the federal government of late sadly have not produced solution(s) to these issues as government is bent on dishonouring the agreement. It is on this note that we call on the general public not to be swayed with the IPPIS propaganda, but to cry out to the government to save the future our children who are not ordinary Nigerians as recently defined by a state governor in the southwest.

‘We are quite aware that the children of the political class do not school in the country and puts no burden on our leaders. Little wonder that government is not bothered about our children being at home till now. Evidence abound that these leaders travel abroad for convocation ceremonies of their non-ordinary children making documentaries of such in glee while the children of ordinary Nigerians are left to rot away.

“While we continue to interrogate the issues, our members are more than ever resolved to get the government its responsibilities and get our students back to the campuses at the earliest possible time. While the hunger tactic has failed and the IPPIS distraction has not worked, government should pity the children of ordinary Nigerians and quickly attend to these lingering issues without delay.

“The future of any country depends on the quality of investment in its youth and we will not slumber to see this vision jettisoned by divergent interests of the Bretton Woods institutions being propagated by the government.

“The Union looks forward to a country where premium is placed on education and proper funding is guaranteed. The proceeds of the latter will birth a new country, fully developmentally independent and our universities will fully live out their roles as solution centres in Teaching, Research and Community development”, he said.

This is coming one week after ASUU accused the Federal Government of frustrating efforts and negotiations to end the ongoing eight-month-old strike.

READ:  "He's Coming With Blessing" - CAN Begs IPOB To Allow Kumuyi Hold His Crusade In Abia 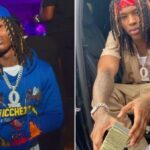