Operations of Arik Air were on Monday shut down by the aviation unions over alleged non payment of staff salaries since April after placing 90 percent of the workforce on compulsory leave and other anti-labour practices. 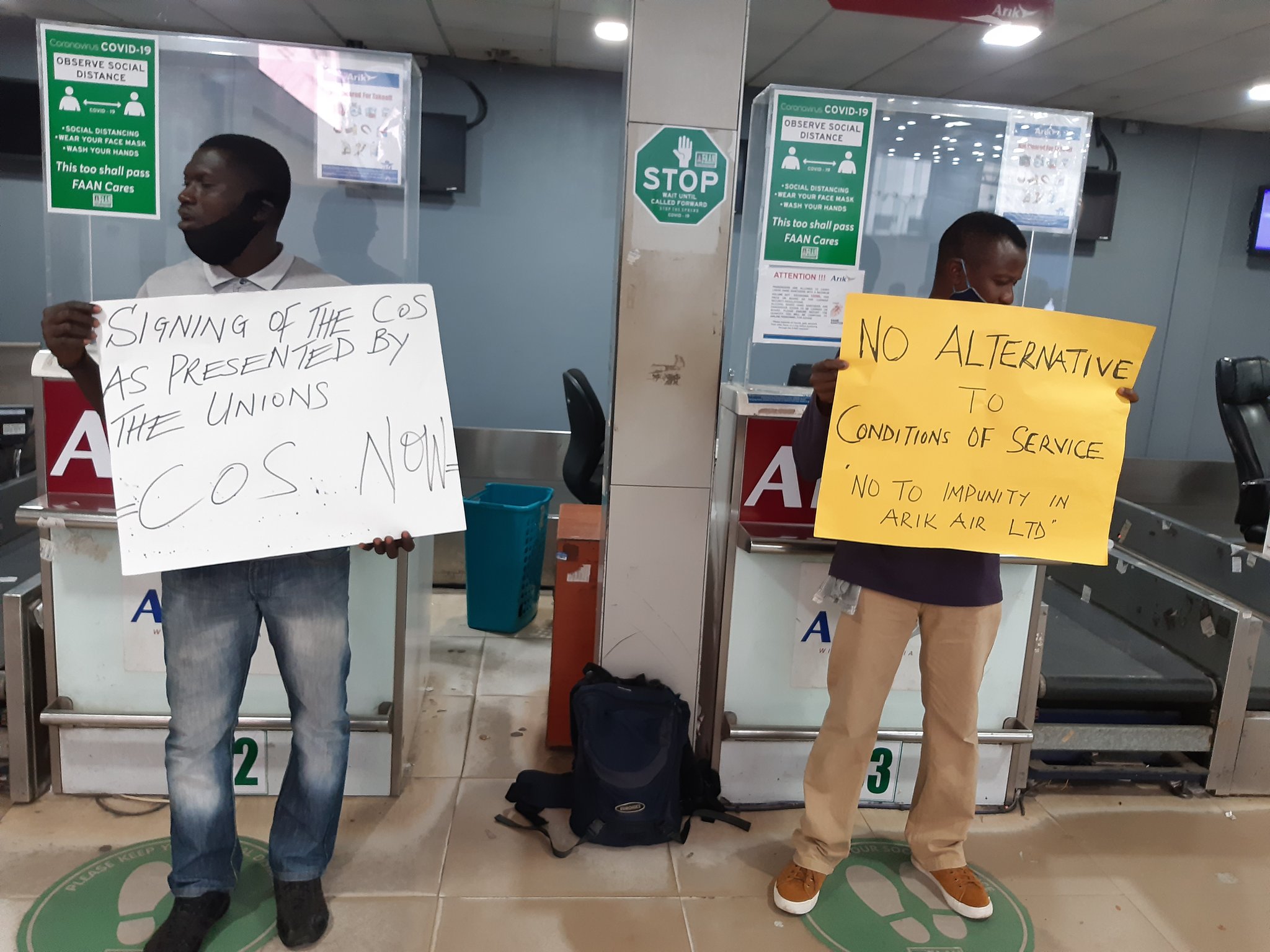 NAN correspondent who monitored the situation in Lagos reports that all Arik Air operations were shut down including airlines as stranded passengers expressed reservations.

Mr Innocent Atasie, Chairman, ATSSSAN, Arik Air Branch told NAN that the workers resolved to shut down Arik operations nationwide when all efforts made to resolve the problem failed.

Atasie said that the unions were miffed that there had been no payment of staff salaries since April after placing 90 per cent of the workforce on compulsory leave. 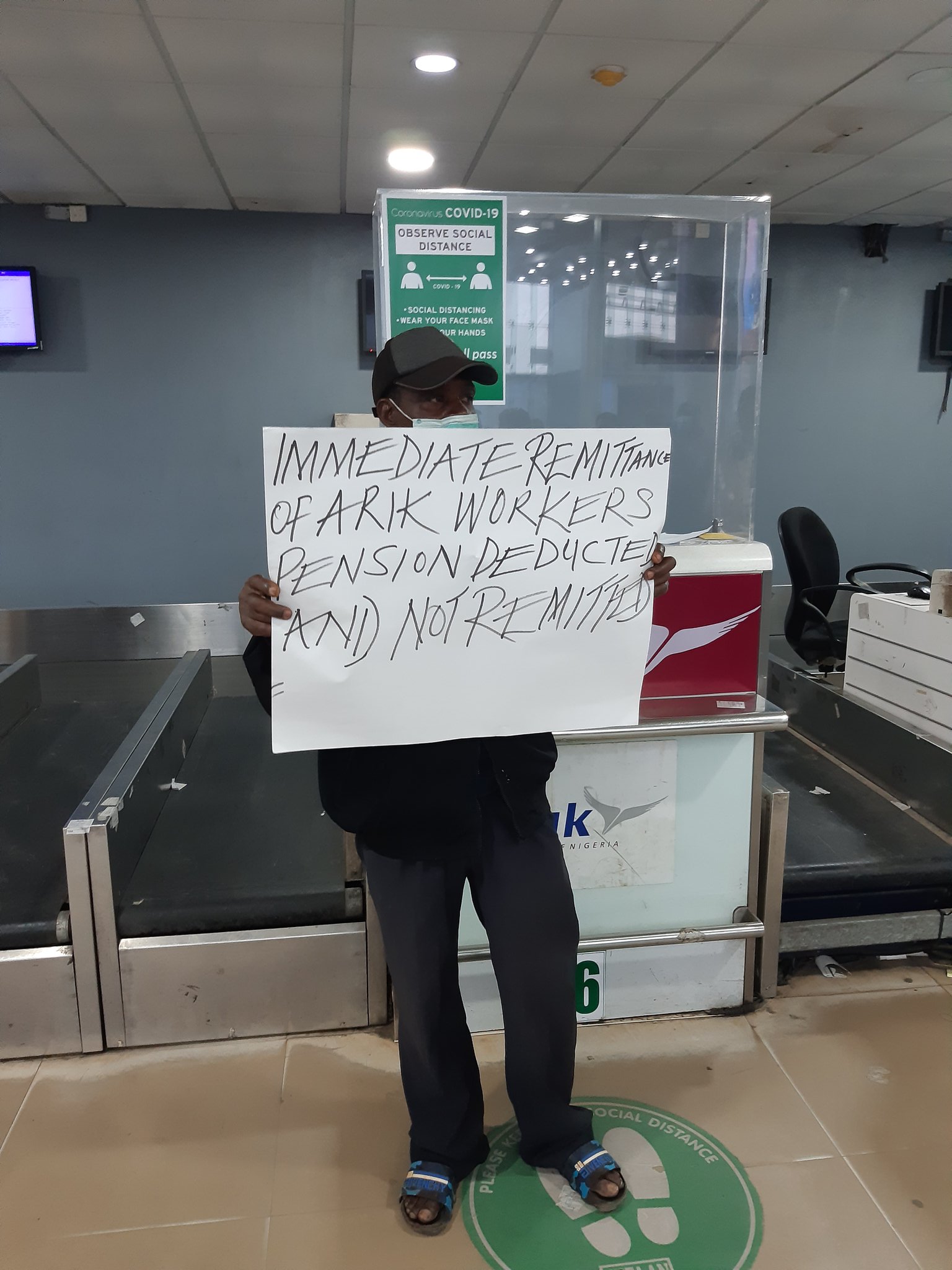 READ:  Erigga Reveals Why There Is So Much Pain And Bitterness For Women In Marriages Today

The unions said the strike would continue indefinitely, until their demands were met by the management of Arik Air.

Their demands included- payment of outstanding salaries arrears, signing of Conditions of Service, remittance of Pension, Tax, and statutory deductions to the appropriate authorities and to resolve other anti-labour issues.

Others were payment of salary arrears of seven months, with a commitment to pay salaries as at when due, henceforth.

Atasie said that the unions also wanted the immediate review of all employee remunerations which had remained stagnant since the inception of Arik Air, over ten years ago. 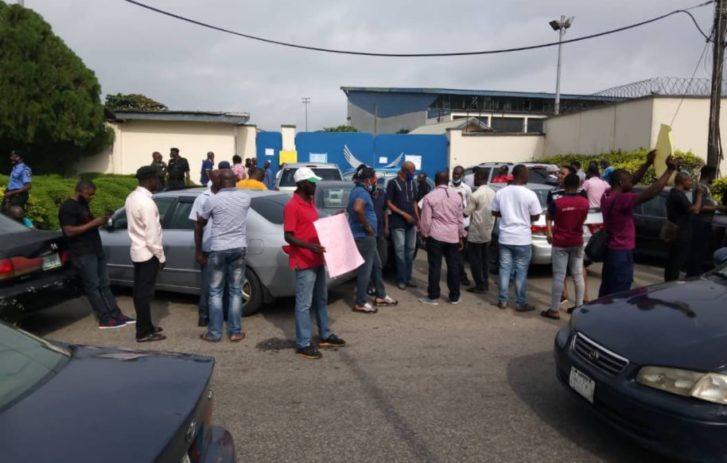 He said that the unions decided to shut down all operations nationwide when all efforts by the unions were aborted.

NAN reports that on Sept. 13, the management of Arik Air asked for the intervention of the Minister of Aviation, Mr Hadi Sirika, over the planned industrial action by unions scheduled to commence on Sept 14.

The Chief Executive Officer of Arik, Capt. Roy Ilegbodu, made the appeal in a letter to the minister entitled, “Re-Unions in Arik Air threaten to down tools. 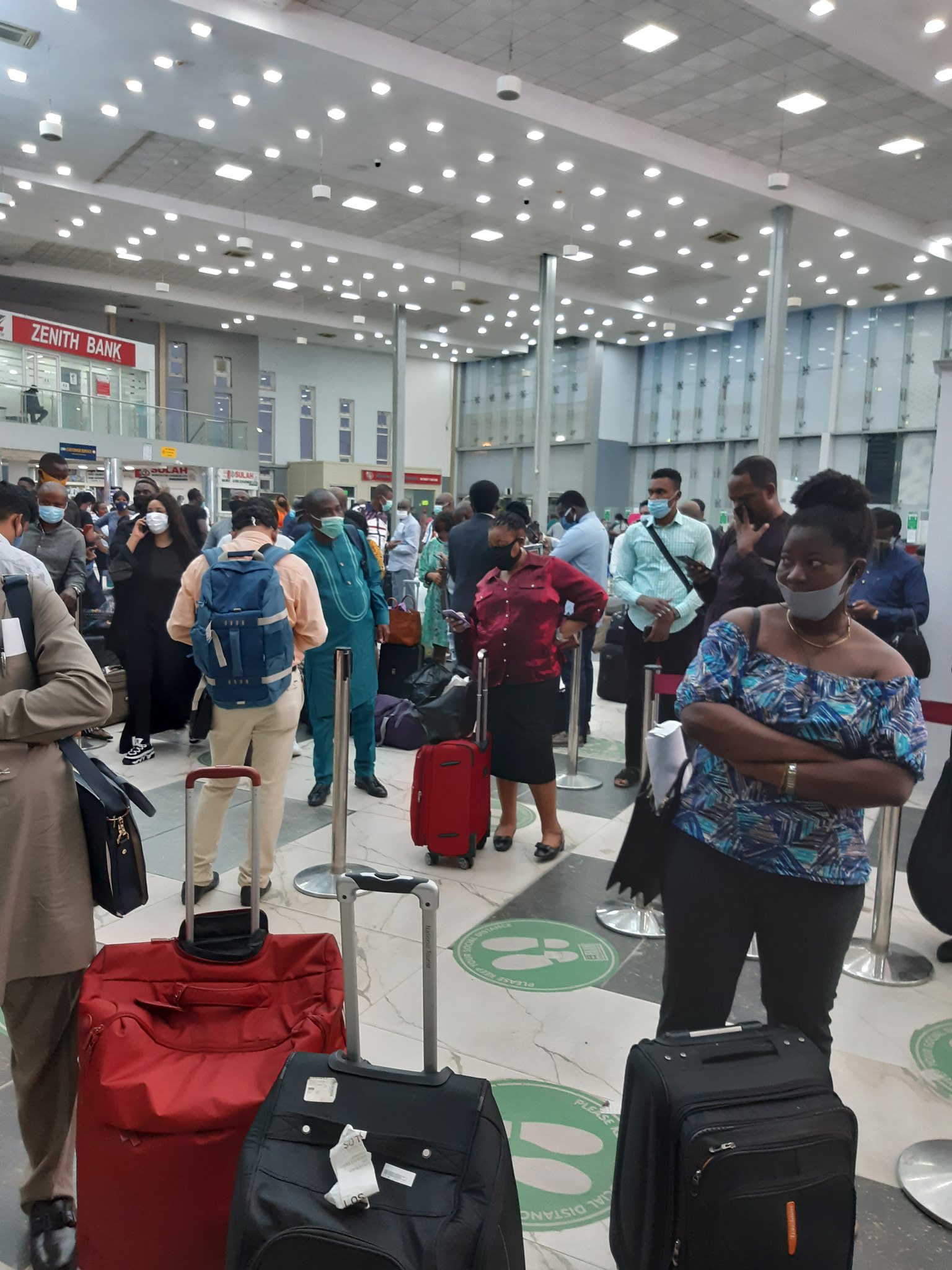 A passenger, Mr Julius Anifowoshe, told NAN that ”l was shocked when l came to the airport at about 6.30a.m., to board and found out that the airline workers are on strike without due notification.

”Am forced to buy another ticket from another airline to meet up with my appointment in Abuja.

“Government should sanction Arik Air for not reaching out through text messages or e-mail to customers on the planned strike.

“Am going to seek refund of my money whenever am back to Lagos. Arik Air took customers for granted,” he said.

READ:  "Obasanjo Must Immediately Be Arrested And Dealt With" - Miyetti Allah Tells Buhari 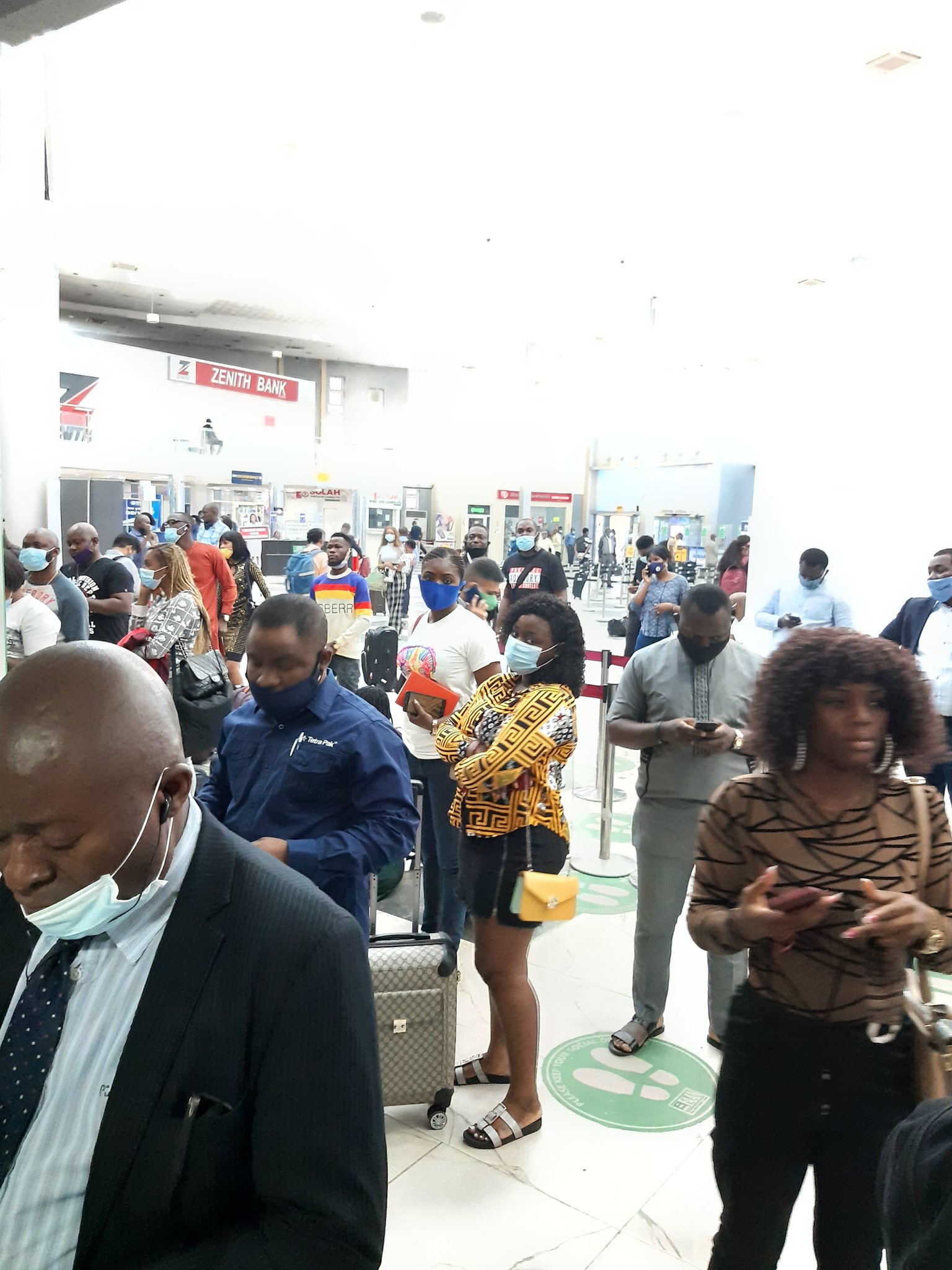 Another passenger, Mrs Beatrice Ikechukwu expressed disappointment over sudden shut down of the operations without due notice to passengers.

”I have to source for money to buy another ticket for what l did not planned for. Arik Air operational system is porous, nobody came to address passengers on what was happening. This is really pathetic and disheartening,” she said.

However, Mr Adebanji Ola, the Communications Manager of Arik Air said that the management has scheduled a meeting with the unions on Sept. 15 to resolve all matters. (NAN) 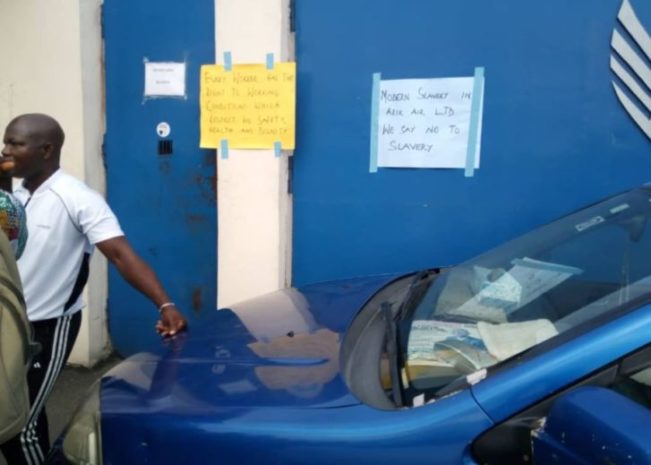 KanyiDaily recalls that some health workers in Ondo State had also cried out that life has been miserable for them over non-payment of their 15 months salaries by the state government.