Menu
There was pandemonium at the Arik stand at the Ibom International Airport, Uyo, yesterday over the refusal of the management of the airline staff to explain the incessant cancellation of flights to agitated passengers. 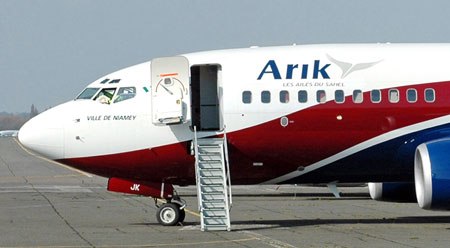 The passengers were booked on an Arik Air flight W3 417 to Abuja which was scheduled for 11: 45am on Tuesday.

However when the passengers arrived the Arik stand for check-in, a female attendant casually told them their flight had been ‘stood down’.

The passengers said the attendant did not make any further clarification of what ‘stood down’ meant to the worried passengers who demanded explanation.

In her response, the lady simply said an aircraft might come to pick them.


Not satisfied with the explanation of the Arik staff, the passengers approached the airline’s station manager, who assured them that the flight would leave between 12 and 1PM.

But that did not happen as the manager and his team made no effort to explain the flight delay from 11:25am to 5pm, our sources said.

By 5:15 PM, an Arik aircraft from Lagos arrived Uyo, but was quietly moved to the hanger despite an earlier announcement that the expected flight was on its way.

When the passengers, comprising the former President of the Academic Staff Union of Universities, Dr. Dipo Fashina; the Assistant General Secretary of the Nigeria Labour Congress, Nuhu Toro; and some journalists accosted the manager for explanation, he got angry and asked everybody to keep quiet.

Prior to this incident, Arik had aborted its flight to Uyo which was to pick some officials of the NLC to Abuja. The disappointed passengers abandoned their ticket for a Dana flight to Abuja.

The station manager (whose name the passengers could not ascertain) in his explanation, which was his first contact with the passengers since 11:am, said the aircraft had a bird strike and could no longer proceed to Abuja as scheduled.

He then made to leave without any further explanation which prompted the bewildered passengers to demand that measures be put in place to address the issue.

In the process, he and his colleagues threatened to beat up some of the passengers, a witness said.

The loud argument that followed attracted a large number of security personnel who empathised with the passengers and appealed for understanding.

“Although, the security personnel were mature and did not harass anybody, the Arik Staff were not as they threatened to ‘deal’ with some of the aggrieved passengers and detain them if they behave rudely to the manager who was also threatening,” one passenger said.

The manager later said the management of Arik had arranged to move a flight from Lagos to pick the passengers.

As of the time of publishing this report at 8:25 pm, the aircraft from Lagos was yet to arrive Uyo, and the passengers remained stranded.

Prior to the disagreement over the cancellation of the flights, some of the passengers said they telephoned the spokesman of Arik, Banji Ola, who promised to call the station manager.

Mr. Ola could not be reached to comment for this story. 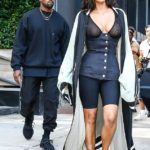 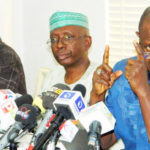