An influential Islamic cleric, Sheik Murtala Sokoto, said that President Muhammadu Buhari has failed Nigerians, adding that those who are still praising him saying ‘Sai baba’, are liars and useless hypocrites. 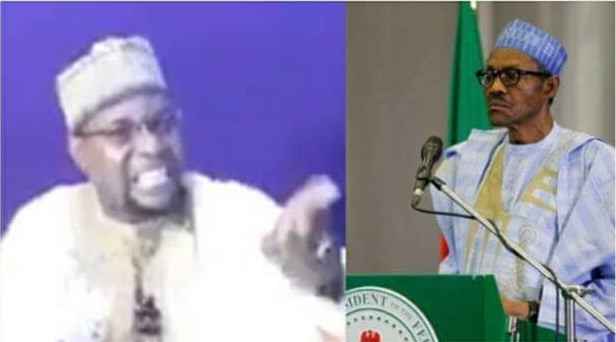 Sokoto stated this in a video published by SaharaReporters while delivering a sermon to some Muslim youths about the anger and frustration of the people.

The cleric slammed those hailing Buhari, stating that the President could no longer visit his hometown in Katsina State because he had woefully failed to address the welfare and security of the people.

He said even though Buhari had appointed many northerners into key positions, those who were given such positions had also betrayed the people.

Sokoto said if the President failed to change for better, he and his congregation will pray to God to remove and replace him with a better leader.

READ:  European Union Not Deterred By Spate Of Bombings In Nigeria.

“We will continue to talk about Zakkat, but first I have to talk to you about the difficult situation our country is in now. The country is in disarray. Is this country not already in trouble? Is that not true? The old man (Buhari) had pushed us all to the wall. Didn’t he push us to the wall? Didn’t he? Whatever noise that will be made, whatever evil sermon they are giving you is useless. Don’t listen to those stupid excuses that it is Allah that is putting us through this.

“If you believe this illogic; go and take a sword and slaughter a human being and then claim it is Allah that caused it. He who was merciful to people, Allah, will be merciful to him. What point am I trying to make? The point is, the poverty and hardship we are facing now is caused by Federal Government. They claimed there was hardship during the prophet’s time but our suffering today is because borders have been closed. We get food through these borders but they have been closed out of cruelty of Buhari.

“Rice, can we feed ourselves? How? They said people should go to farm but when you go to farm you will be kidnapped. You (Buhari) said we should cultivate our farms in the North, go and see all over the North. Example is Katsina, go to Sokoto, Zamfara. In these places those who go to farm are always abducted by criminals and a ransom of N2m to N3m will be made…!

“How can a village farmer afford N3m? Are we really serious? Because of cruelty and wickedness they are saying we should be patient, but for how long shall we be more patient? Patience is something the prophet has given us conditions for. We had enough of this oppressive government.

“All those saying ‘Sai Baba’ Sai Baba, are liars, useless hypocrites. The man they called ‘Sai Baba’ now cannot even go to Katsina. He (Buhari) knows the anger that will greet him if he goes to Katsina. We are praying that Allah guide General Buhari to make amends, to do better as a leader, but if he continues in his ways, we pray Allah to replace him with a better leader. The peak of stupidity is when these people say Northerners have been given juicy positions, but those given these juicy positions have betrayed everyone.

“Why is Buhari still keeping them? General Buhari says he has given support for farmers to governors. Let him come and tell us who these governors give the support to. Bunch of liars. Governors and everyone are taking Buhari for a fool. You (Buhari) must remove these people from around you. If not Allah will sweep you away. Poor Nigerians have you in their tongues everyday.

“They contributed N5000, N2000 they financed the campaign of General Buhari. But they are being paid with suffering. Sunnah clerics told us Buhari is a good person, but what we have now is a different Buhari. We pray Buhari changed for better, if not we will pray to Allah to remove him.”

KanyiDaily had reported how hundreds of youths had taken to the streets of Buhari’s home state of Katsina in June, lambasting the President and defacing his billboards for failing to address the insecurity in the state. 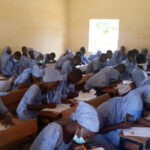