A former Senate President, Bukola Saraki has asked the United States Government to extend its visa ban to electoral officers, security officials and judicial officers who undermine the Nigeria’s democracy by their actions during and after elections.

Saraki made the call while speaking at an event organised by the Centre for Advancement of Civil Liberties to mark this year’s International Day of Democracy on Tuesday, September 15, 2020.

He was reacting to the recent visa restriction slammed by US Government on some Nigerians who undermine the democracy especially during Kogi and Bayelsa gubernatorial elections.

“The US decision to place visa restrictions on certain Nigerian politicians for their ignoble roles in the 2019 elections is commendable,” Saraki said.

He called on the European Union (EU) and the United Kingdom (UK) to follow the footsteps of the US by placing similar bans on not just Nigerian politicians, but all security operatives, electoral officers and judges who undermine the democracy.

“I call on the UK and the European Union to follow suit. This is necessary to send the right and strong signal that those who undermine democracy in Nigeria are enemies of the rest of the democratic world.

“The sanctions should go beyond politicians and include electoral officers, security officials and judicial officers who undermine our democracy by their actions during and after elections.”

He also called for a speedy passage of the electoral act to improve the credibility of elections as well as an end to the “illegal interference in the electoral process by security agencies”.

“May be there should be a law that prevents the deployment of the military for election assignments. We should ensure strict compliance with the law on this and even go further to enshrine this in our constitution,” he said.

“It is also important we come in strong in the enforcement of the provisions of the law which provides for punishment of politicians, law enforcement agents, ordinary citizens and electoral officers who are caught subverting the electoral process.”

KanyiDaily recalls that the US Government had also imposed visa restrictions on Nigerians who undermined the democratic process in the country during the 2019 general elections. 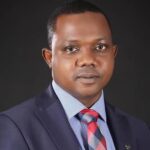 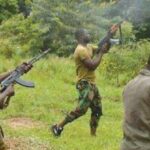