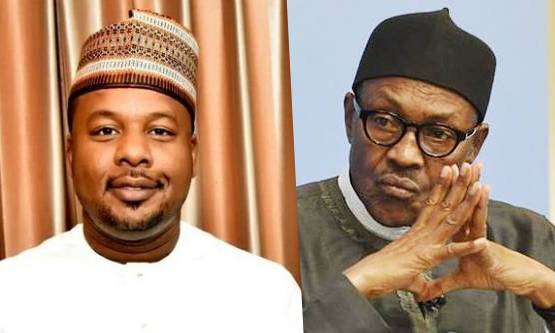 Yakasai, who tweeted through his handle, @dawisu, was reacting to the ongoing nationwide protest by Nigerians calling for the scrapping of the Special Anti-Robbery Squad (SARS).

His reaction came a day after the police allegedly shot a young man, Jimoh Isiaq, during the protest against alleged extra-judicial killings, extortion and rights abuse by SARS operatives.

The Kano governor’s aide lamented that President Buhari had constantly failed to show emphaty with the citizens and would often wait to be begged to do so when things were wrong in the country.

“I have never seen a government with zero empathy like that of President Muhammadu Buhari. So many times when his people are going through a difficult time and expect some sort of tap on shoulder to reassure them that he is in charge, but he failed to do so.

“The ‘I don’t care attitude’ is on another level. To speak to your own people over issues that are bedevilling them has become something like a favour you are doing to them.

“Over and over again, you cannot spare five minutes to address the nation to calm them down, the same people you went to the 36 states to beg for their votes, it is heartbreaking,” he twitted.

To speak to ur own ppl over issues that are bedevilling them has become something like a favour u're doing to them. Over & over again, u cannot spare 5mins & address the nation to calm them down, the same people u went to the 36 states to beg for their votes, its heartbreaking.

Meanwhile, the inspector-general of police, Mohammed Adamu has announced the immediate disbandment of the Special Anti-Robbery Squad (SARS) following nationwide protests over its brutality.