There was confusion yesterday in Umuoji, Amucha, Imo State, when a dead man was seen looking fresh and breathing after his corpse was exhumed one year after his death. 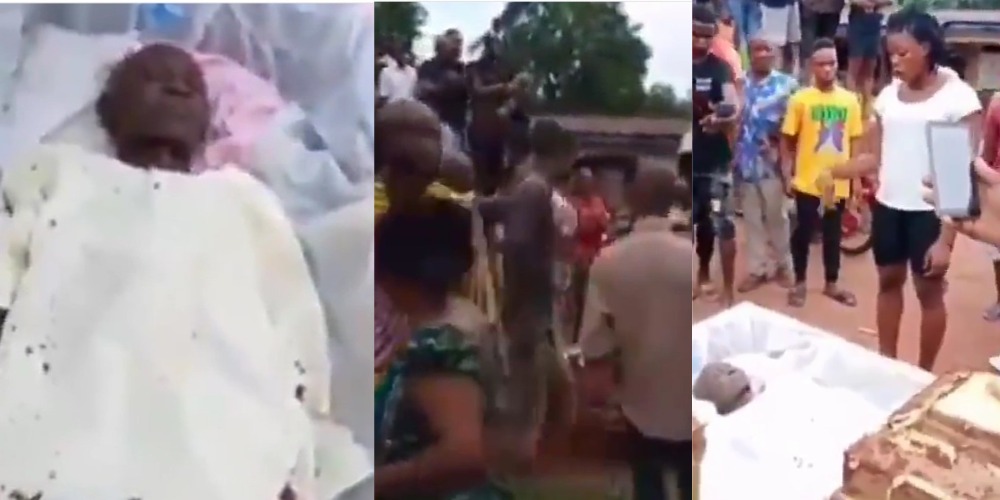 In a video circulating online, a crowd could be seen gathered around a casket with the body of a dead man inside it as they said in shock, “He’s breathing, he’s breathing,”.

Another voice could be heard saying the man reportedly died on November 20, 2019, and was buried on 8 October, 2020, but another voice interjected, saying the man has been buried for almost a year since his death, yet he’s still breathing.

The daughter of the deceased man was shocked when she was invited by the villagers and the casket was opened for her to identify her father.

The man filming the video explained that the man’s corpse was exhumed because the land he was buried in belongs to someone else’s.

The video shows the casket housing the corpse has already been eaten by insects. However, the man’s body is still intact and has shown no sign of decay.

KanyiDaily had also reported how four women fought over the dead body of a man each of them knew as her husband, they had to be separated by police offcers who intervened in the matter.