Popular Nollywood actress, Funke Akindele Bello has replied a fan who warned her not to undergo any form of surgery or else she will die. 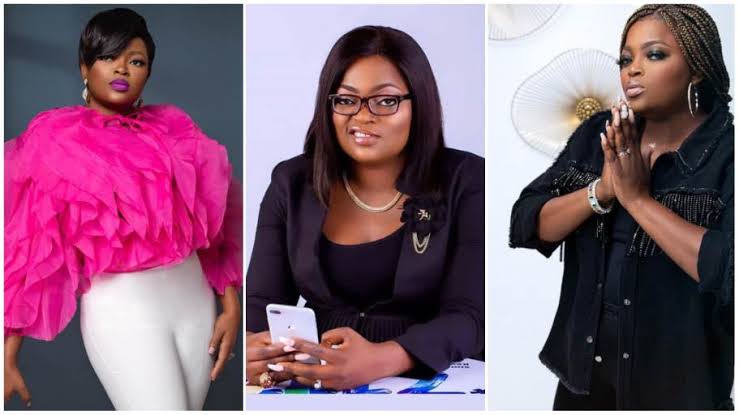 The fan indentifed as John Omoarkhe had taken to his Twitter page to advice the actress that the Lord said she should not go for any surgery as she will not make it.

Quoting some bible passages, John Omoarkhe told the mother of two that obedience is better than sacrifice.

“Goodmorning ma. Jesus loves u. Please don’t be offended for i have a messae for u. Do not under go any surgey for the Lord said u will not make it. To obey is better than sacrifice – 1 Sam 15vs22 and Jer. 7V23. God bless u as u obey. Thanks.”

However, the actress responded to her follower’s tweet, saying she has done the surgery already. After Funke’s response to his prophecy, John deleted his tweet. 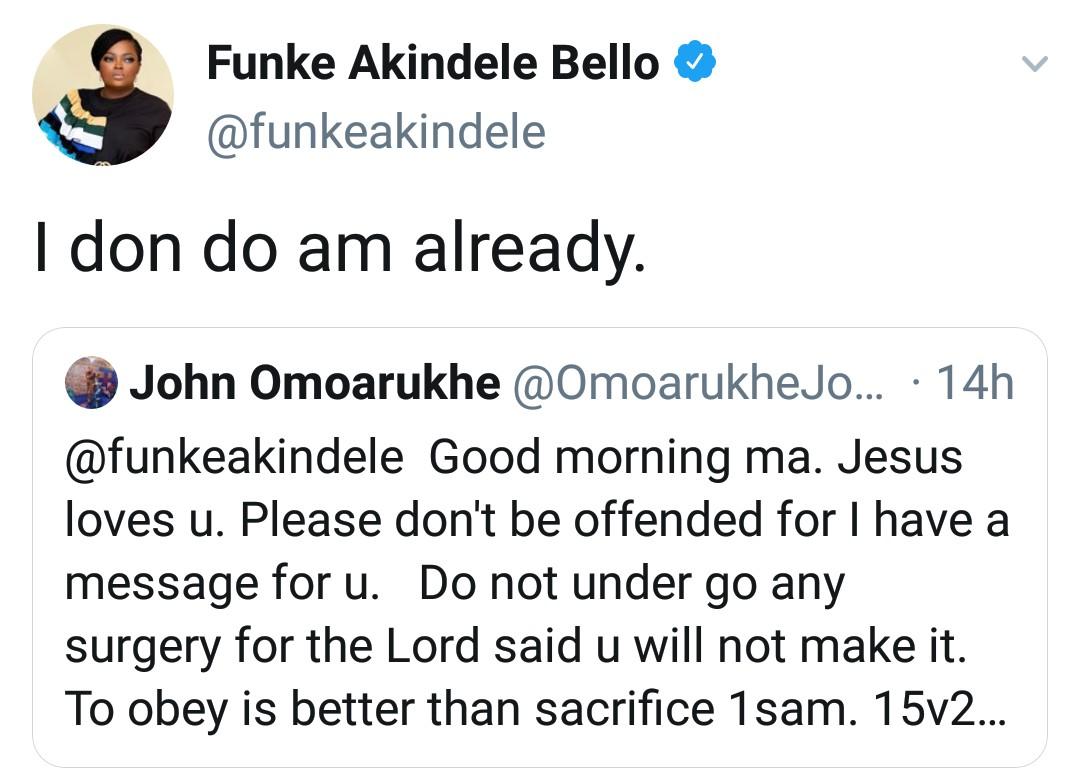 KanyiDaily recalls that Prophet Faleyimu Olagoroye had also claimed that one of the conditions that could lead Funke Akindele becoming a mom was to marry a gateman.

However, Funke Akindele and her celebrity husband, Abdul Rasheed Bello aka JJC Skillz, welcomed a set of twins in the United States, two years ago. 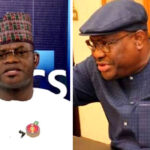 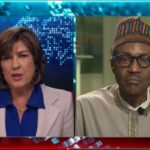