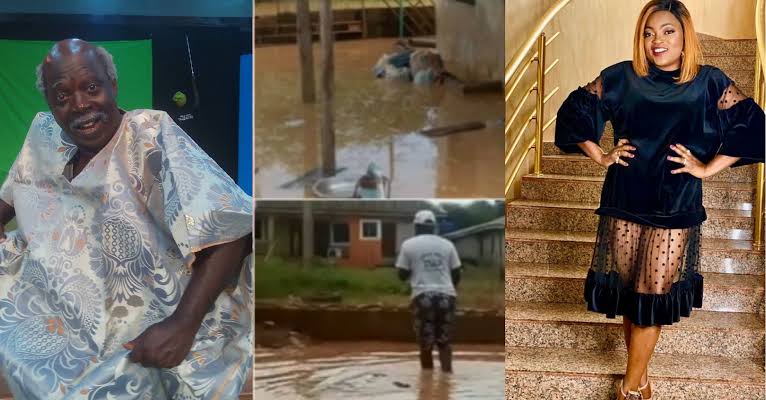 A younger actor, Kunle Afod, had revealed that Pa James’ house was recently affected by flood which sacked residents of Oke Isagun community in Oke-Odo LGA of Lagos State.

He posted a picture of Pa James’ house on Instagram along with the message, “Let’s come together to support Pa James. This is his house overtaken by flood. God will help you as you lend your helping hand”.

Let's come together to support Pa James … This is his house Taking over by flood… Pls and pls God will help u as u lend your helping hand… OLASEHINDE JAMES OLUKAYODE, 0113635178 GTB

Later, it was revealed that Funke Akindele, has given Pa James a new apartment.

The good news was shared on Instagram by actress, Kemi Korede, who asked fans to thank Funke for her lovely gesture. She wrote:

“On behalf of PA JAMES, I Want to say Big thank you to @funkejenifaakindele for the new apartment given to him by you. God bless you so much for your good heart. your type is so rare..you are a gem. Almighty God will continue to make way for you where dier seems to be no way.”

In another post, Kemi thanked those who came through for the veteran actor.

This is coming just a few days after Media personality, Fadé Ogunro offered to sponsor a male ballet dancer in former education, until he graduates from the university of his choice. 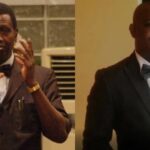 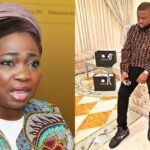