Nigerian billionaire, Femi Otedola has gifted his daughter, DJ Cuppy, a country house worth £5,000,000 (N2.6bn) for her 30th birthday. 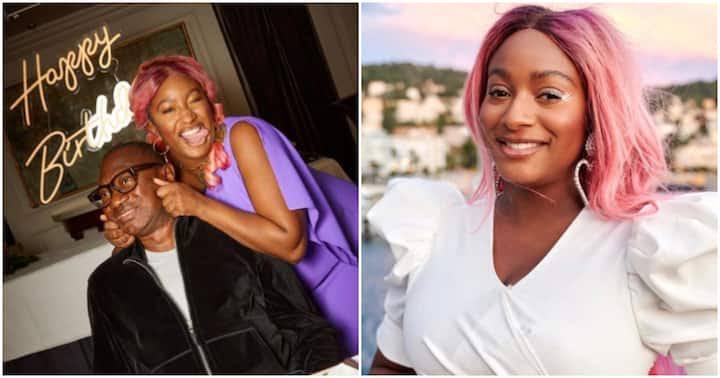 DJ Cuppy Gets House From Femi Otedola As Birthday Gift

The disk jockey, who turned 30 on Friday, November 11, shared chats between herself and her father via Instagram on Friday.

In the now-deleted posts, Cuppy accused her father of forgetting her 30th birthday to which he replied that such could never happen.

But Otedola told her that he had instructed a certain person (Andy) at Barclay Bank to buy her a country house worth £5,000,000.

READ:  Larry King Files For Divorce From His 7th Wife, Shawn After 22 Years Of Marriage

Moreso, the billionaire further said he could not think of a befitting present for the DJ as she has continuously made him proud.

“Ifemiii of course not! I could never forget #CuppyDay! Happy Birthday to my Angel Ifemi. I’ve instructed Andy at Barclays Bank to buy you a £5,000,000. (Five million pounds) country home as your 30th birthday present.

“Can’t think of any other befitting present you deserve for this special birthday. You have continuously made Papa proud year by year and have been a blessing in my life,” he wrote in the text.

READ:  Distraught Fan Accuses Burna Boy Of Bashing His Car And Driving Off Without Apology [Video] 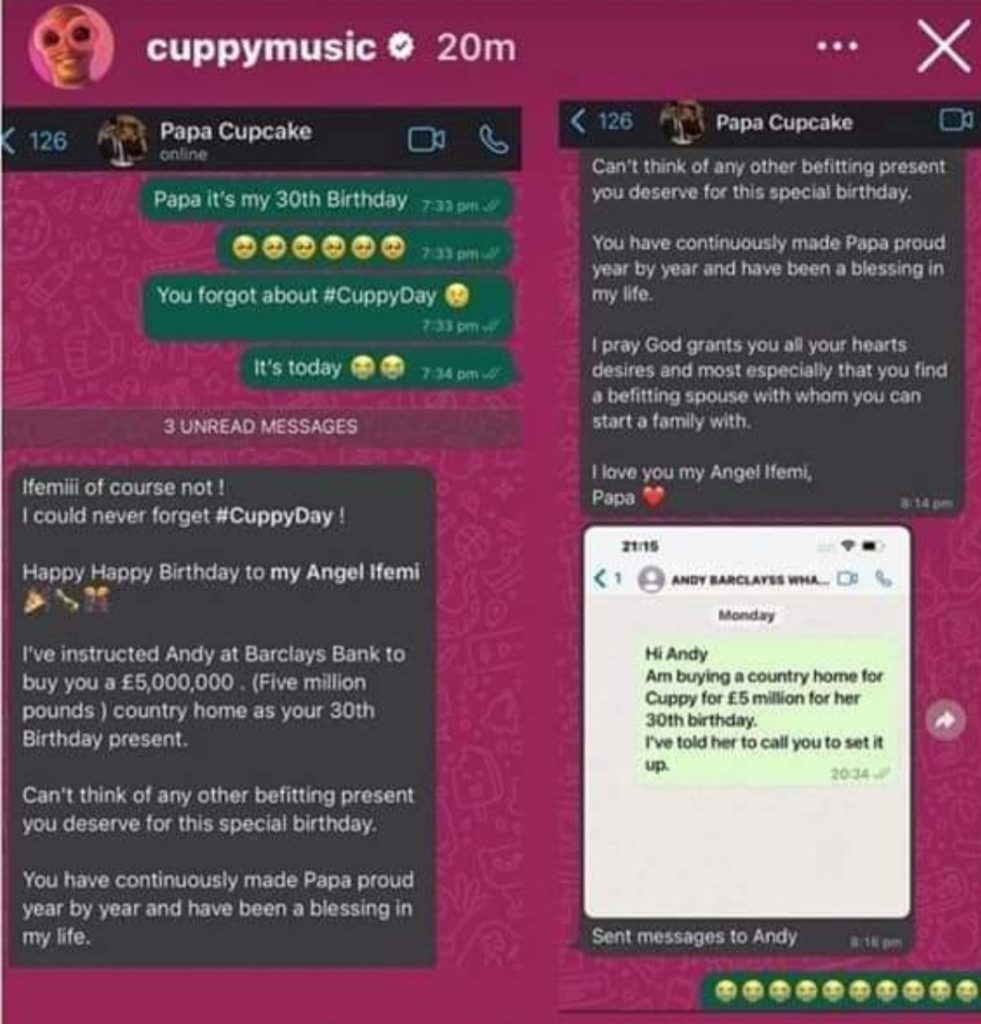 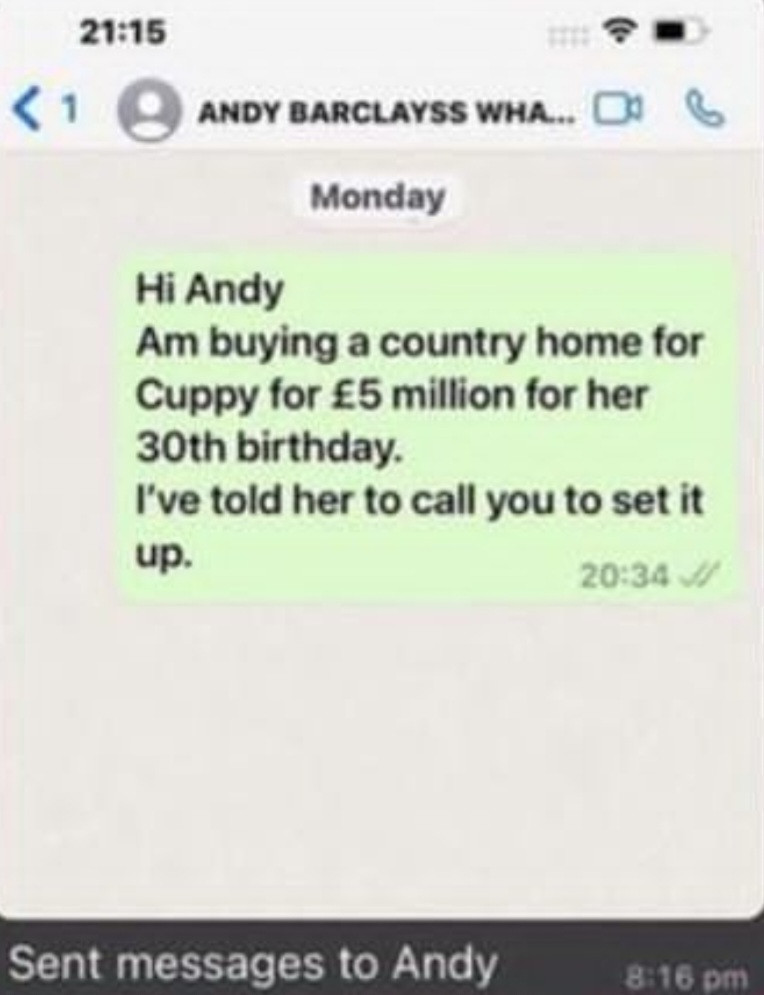 KanyiDaily recalls that DJ Cuppy had also revealed that a guy she is not interested in, bought her an expensive gift on her birthday. 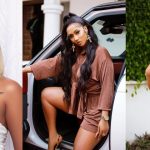 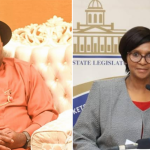