Nollywood actress, Doris Ogala has taken to social media to make some revelations about Prince Kpokpogri, the ex-boyfriend of her colleague, Tonto Dikeh, following the crash of their relationship. 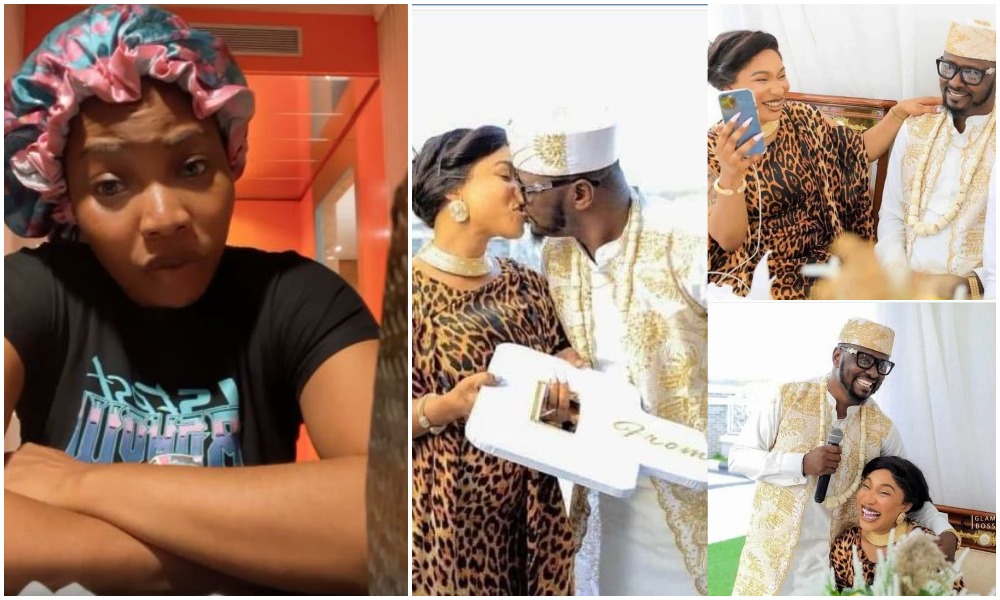 KanyiDaily had reported how Tonto Dikeh and her politician ex-lover, Prince Kpokpogri, ended their three-month-old relationship in a dramatic way.

Following their breakup, Tonto Dikeh made headlines after she was heard in a leaked voice note crying and begging Prince Kpokpogri to take her back despite her ill actions in the relationship.

Although the actress has clarified that the leaked audio has nothing to do with her breakup with the politician, Doris Ogala has come to Tonto’s defense.

In a lengthy video shared on her Instagram page, Ogala revealed that Kpokpogri is a known blackmailer who has clients in many Nigerian sectors, including former governors, present governors, former NDDC MC, and others.

The actress revealed that Prince Kpokpogri met Tonto Dikeh one month after he exited prison after being arrested for blackmailing someone else.

She Kpokpogri of planning to swindle Dikeh off her money, adding that the politician once borrowed N8M from the actress and paid back only N6M.

Ogala appreciated the AGN president Emeke Rollas for standing up for Tonto Dikeh, alleging that Kpokpogri paid a blogger to share those voice notes of her begging him and speaking ill about his ex-husband, Olakunle Churchill.

The actress named numerous people the politician had blackmailed and those currently on his list, adding that Tonto Dikeh practically did everything for Kpokpogri during their relationship.

The rumours of cracks in Tonto Dikeh’s relationship first broke in August after Prince Kpokpogri was caught on tape gushing about the sex experience he had with his secret lover.