A US-based Nigerian man, Enifome Eguveso has discovered that he’s not the biological father of his 7-year-old daughter, Treasure Diamond, after conducting a DNA test at Western Hospital, Warri in Delta State. 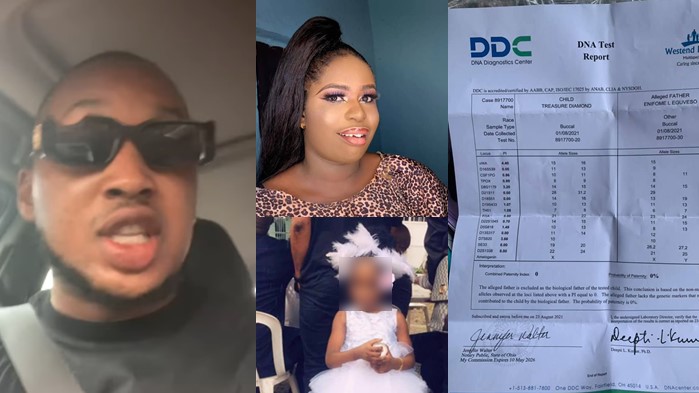 In a series of posts shared on his Facebook page, Enifome said the lies started five years ago when he reached out to his alleged daughter’s mother, Confam Princess Atete, to congratulate her on the birth of her child.

He said that after he congratulated Prince who he claimed was known for sleeping with other guys while in school, she then told him that the two-year-old girl was his.

The man said it sounded very suspicious to him, but he accepted the child and began to play his role as her dad because his own father told him the baby girl looked like him.

”I have always said it from day one that the possibility of this child being mine is very low because when she was pregnant I was not aware.

“She was pregnant, two or three years later that she came saying she is your child. I was the one who even reach out to her to say I heard you have given birth. She said ”It is your child”. I was like ‘ which dirty child?’. She said a pastor told her that the father would ask of her.

I agree when we were in school we were together for sometime. She was not dating only me. We were many. I was just a side nigga, She had a boyfriend.

When she was pregnant, I was not aware. Two years later she came saying she was my child. She took the baby to my dad, my dad accepted., saying the child resembled me. ”

When the girl was seven years old, he decided to confront his suspicion by carrying out a DNA test in Warri, which was subsequently sent over to the US for examination.

He finally received the DNA result and it revealed that the paternity possibility between him and Treasure was 0%, which means he isn’t the biological father to the little girl.

Sharing a copy of the DNA test result and a video of him and the little girl at the hospital when their samples were being taken, Eguveso wrote: “After a DNA confirmation from western hospital Warri to the United States of America this child is NoT MY child”

In another video shared, the distraught young man threatened to get the mother of the child arrested after he was seen destroying the picture frame of Treasure by hitting it on the ground and screaming “bastard.”

Swipe to view the photos and videos below:

KanyiDaily recalls that Nigerian singer, Duncan Mighty had also accused his wife, Vivien Nwakanma, of infidelity after a DNA test revealed that he isn’t the biological father of their 4-year-old daughter, Mitchell. 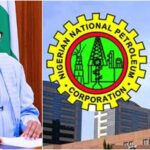 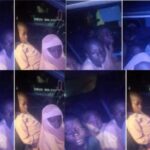