Former Ekiti State Governor, Ayodele Fayose has disclosed that his next ambition in life “is to become Nigeria’s president or a cleric”. 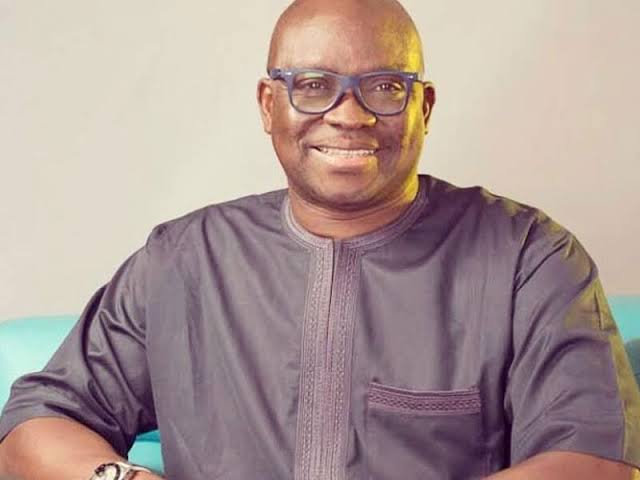 Fayose who clocked 60 years on Saturday, November 14, 2020, made this remarks while featuring on a live programme aired on a private radio station, Our People’s FM 104.1.

Addressing the state on the live programme on Saturday night, Fayose said that God had been so kind to him in his journeys through life, saying the best way to appreciate him is to work for him.

The former governor who did not mention when he planned to pursue his presidential or pastoral ambition, said God’s time “does not always agree with the calculation of human beings.”

According to him, whichever comes first out of the two ambitions will be his ultimate choice. He said he had also forgiven all persons that offended him, in and outside of office.

He noted that a good number of his most dependable and trusted followers who he lifted up from nothing had either deserted him or teamed up with his political foes, moments after realizing he was no longer in power.

Specifically, Fayose reeled out names of some of his former trusted aides, who according to him, let him down after leaving office to team up with his perceived political foes.

He, however, said he never nursed ambition to become a senator, saying he hated being a senator who would be making laws that the executive would not have the courage of implementing.

Fayose said he was eminently qualified to become Nigeria’s president if people like Chief Olusegun Obasanjo, Dr. Goodluck Jonathan and President Muhammadu Buhari could be so graced to be presidents.

READ:  Despite Being A Pastor's Son, Zlatan Ibile Says He Believes Olamide More Than So Many Pastors

He said: “My popularity, courageous spirit, unique contributions to the uplift of Ekiti state and other remarkable contributions to lifting different categories of people with no hope of becoming anything in life across the country were enough credentials to make me become Nigeria’s president.

“Let me express gratitude to my wife, Feyisetan for standing by me through thick and thin. Her support and cooperation played important roles in my political life”.

He also thanked others who believed so much in his philosophy, vision and mission, charging residents to be peaceful in their approach to issues, no matter the volume of provocation.

KanyiDaily recalls that Fayose had vowed send ex-President, Olusegun Obasanjo, back to prison when he have the opportunity to become the President of Nigeria.