President Muhammadu Buhari on Thursday received updates on the political situation in Mali from his predecessor and Special Envoy/Mediator to the West African country, former President Goodluck Jonathan. 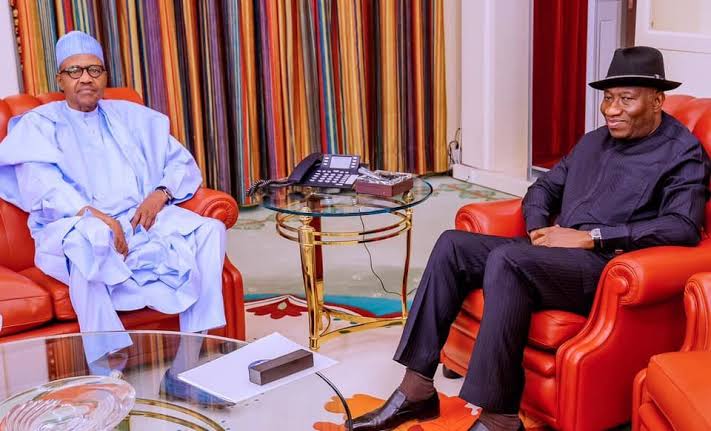 This was made known by his Special Adviser on Media and Publicity, Femi Adesina, in statement titled “President Buhari delighted at successes recorded by ECOWAS in Mali.”

Adesina said the President expressed delight that the Mali situation had calmed down considerably, following interventions by leaders of the Economic Community of West African States (ECOWAS).

President Buhari was quoted as saying that “We can’t do hop, step and jump like other developed nations of the world, but one is delighted at the successes recorded.”

Adesina also quoted Jonathan as telling Buhari that the mission given him by ECOWAS leaders was almost fully done, as a government with a largely civilian face has been inaugurated.

“The President has been sworn in, the Prime Minister, and ministers too. The military has only four portfolios for serving officers, and the government has taken off.

“The council, which will work like parliamentarians, will be inaugurated soon,” Jonathan reportedly told the President.

This is coming amidst the ongoing #EndSARS protest across the country against the SARS tactical unit of the Nigerian Police Force over its brutality, illegal arrest, extortion, extra-judicial killings, among others.

READ:  Flood: Bayelsa Not Among 10 Most Affected States, Jigawa Is Number One - Minster, Sadiya Farouq