A Chief Magistrate Court sitting in Abuja on Monday granted bail in the sum of N20 million to Sahara Reporters’ publisher, Omoyele Sowore. 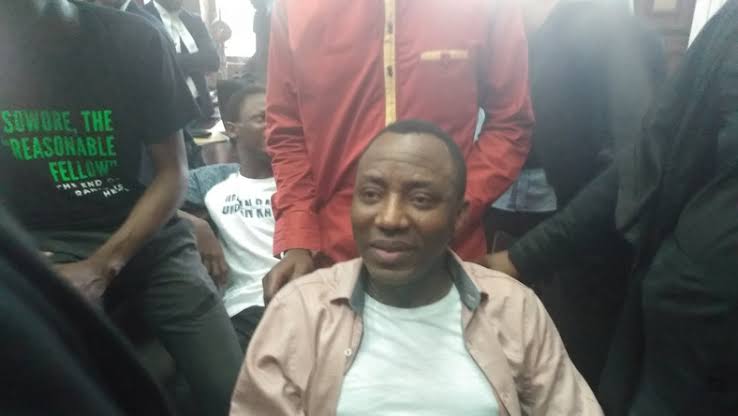 The court also granted bail to four other activists, who were arrested with Sowore on New Year’s Eve in Abuja for holding a protest against bad governance under the leadership of President Muhammadu Buhari.

Chief Magistrate Mabel Segun-Bello while ruling on the bail application on Monday filed admitted Sowore to bail in the sum of N20million and two sureties in like sum.

The court also ordered Sowore to remain in Abuja and must physically report to the court registrar every Monday and Friday pending the hearing and determination of the case against him.

The court further ordered that one of his sureties must be a civil servant not below grade level 12 in the federal civil service.

KanyiDaily recalls that Sowore was released from prison last year after being detained for several months by the Buhari’s government for allegedly calling for a revolution.

He was denied bail several times and even re-arrested inside the Federal High Court. However, he was released after domestic and international pressures in December 2019.

EKITI: Comparing Fayose To Fayemi, Is Like Comparing Satan With Jesus – APC