A former Nigerian ambassador to United States, Israel and Cyprus, Prof. George Obiozor, has emerged the President-General of Ohanaeze Ndigbo. 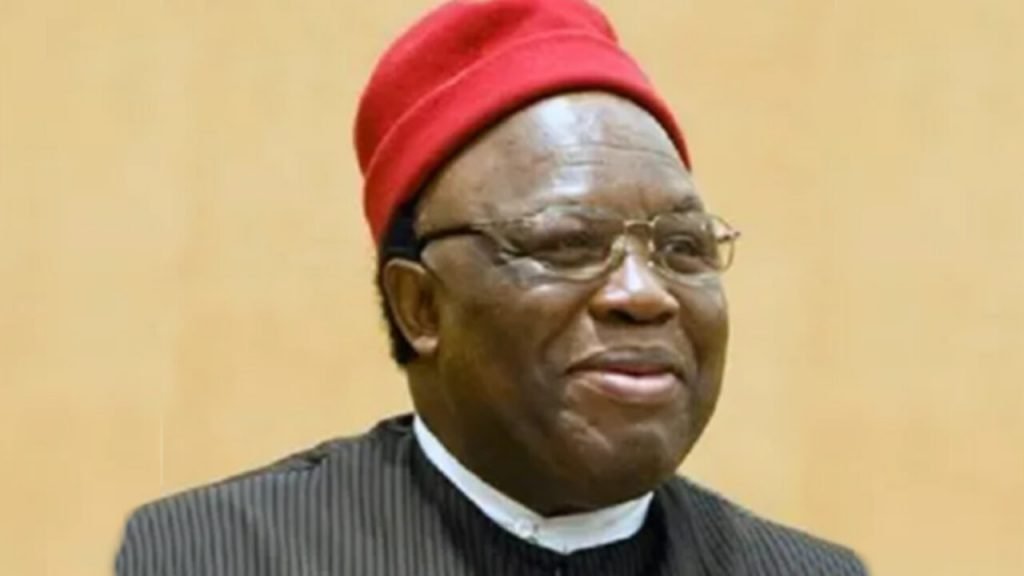 Obiozor won the contest with a total of 304 votes, while Valentine Oparaocha polled 15 votes and Sergius Uju Okoro scored three votes during the election held at Dan Anyim Stadium in Owerri, the Imo State capital.

Clergymen who attended included the Archbishop of Enugu Anglican Ecclesiastical Province, Most Rev. Emmanuel Chukwuema; and the chairman of the Christian Association of Nigeria (CAN) in Imo State, Rev. Eches Divine Eches; Bishop Goddy Okafor, chairman South East CAN amongst others.

Governor David Umahi of Ebonyi State who doubles as the chairman of the South East Governors Forum before the election commended the outgoing President General, Nnia Nwodo, for conducting a successful election despite the efforts of those he described as the Igbo detractors.

Umahi said the South East Governors endorsed the process and stand by the outcome of the election. He tasked the incoming executive to continue to let the same spirit of love for Ndigbo to continue.

Imo State Governor, Hope Uzodimma, maintained that they would continue to fight for the unity of Nigeria as according to him, it would benefit Ndigbo more.

He lamented that South East Governors have been singled out for castigation saying “We have always supported the unity of this country. But one thing we hold very dear is our love for Ndigbo. That comes first before political party. We don’t care what people say about that.”

He thanked the South East governors for their roles which he described as important in the unity of the people of the region.

IN OTHER NEWS: Ohanaeze Ndigbo has called on the Federal Government to unlabeled the Indigenous people of Biafra (IPOB) as a terrorist group.

READ:  "I Am Unrepentant PDP Leader" - Fayose Says After His Visit To APC Leader, Tinubu