The presidential candidate of the African Action Congress, Omoyele Sowore, has selected Dr. Rabiu Ahmed Rufai as his running mate in order to proffer solution to the challenges the health sector is facing.

His appointment was announced on Monday, by the party’s deputy national chairman, Dr. Malcom Fabiyi. Speaking on his choice of running mate, Sowore said the Medical expert was chosen in order to proffer solutions to the challenges the health sector is facing. He said:

“All supporters of the TakeIt Back movement and our great party, the African Action Congress, will be excited by Dr. Rufai’s choice. In surveys, our members and supporters called for a northern vice-presidential candidate, with integrity and an unbridled passion for national unity. Dr. Rufai embodies all those qualities. We worked hard to find within one individual the many traits you told us were important and we are confident that Nigerians will find in Dr. Rufai a man of integrity, intelligence, and devotion to a nation that urgently needs our help.”

“We present to you our running mate and Nigeria’s next vice president, Dr. Rabiu Ahmed Rufai: exactly what the doctor ordered.” He added.

His qualifications include a medical degree (MBBS) from Bayero University, Kano, and Masters in Public Health (MPH) from Leeds University UK.

Dr. Rufai served as the pioneer Dean of the School of Public Health at Federal University Dutse from 2014 to 2015.

He was once a Lecturer at Bayero University and registrar at the Aminu Kano Teaching Hospital, Kano.

Sowore, the publisher of Sahara Reporters, will be vying for the position of president on the platform of the AAC in next year’s election. 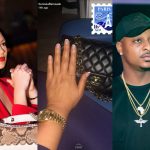 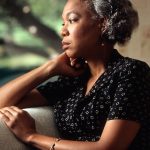