Ekiti State chapter of the All Progressives Congress (APC),has reacted to the criticism of Governor Kayode Fayemi by the Peoples Democratic Party (PDP). 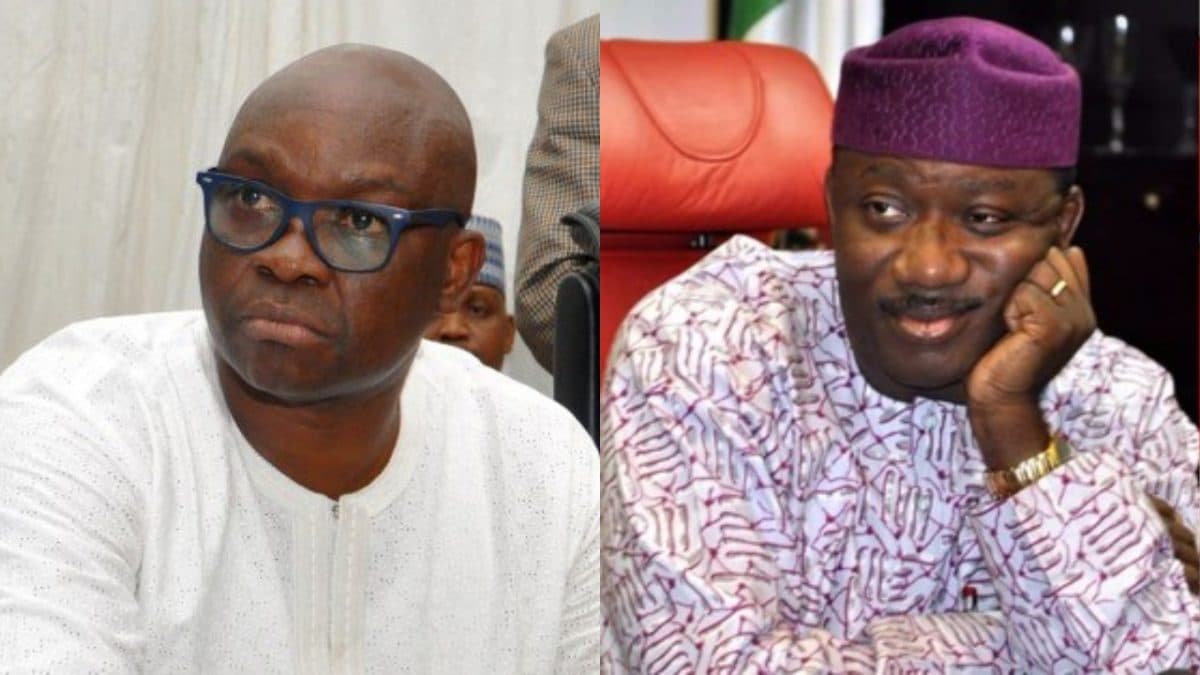 Reacting to the attack on the governor, the APC Public Relations Officer, Hon. Ade Ajayi stated that comparing Fayose’s government to Fayemi’s is like comparing Satan with Jesus.

Noting that insecurity is a national malaise and not peculiar to the state alone, APC urged residents to go about their normal activities without any fear of threat to their lives or property.

“There are several unresolved daylight assassinations and clear cases of robberies which happened during the immediate past government and are yet to be resolved till date due to the personalities involved.

“Residents of the state should ignore the statement. Ekiti is more secured under Fayemi unlike when Fayose and PDP were in the saddle. There was a lot of state-sponsored assassinations then.

“None investigated, none solved. Insecurity is a national malaise and the establishment of the Ekiti branch of the Amotekun security outfit which is highly equipped and motivated by the state government is a pointer to the seriousness of the administration to safe guard lives and properties in the state.

“The opposition is so idle and mischievous, so much that members are daily deserting the party and defecting to our party daily and in drove, while they are too neck-deep in matters that do not concern them. The umbrella is torn and their party is going to perpetual extinction.

“The APC is confident that security agents in the state are capable of dealing with any unfortunate incident, and they have already swung into action in the case of the Oil magnate who was kidnapped on Monday and very soon, they shall bring succor to the family of the victim, just like they did during the Yuletide period when a travelling businessman was rescued by the Amotekun outfit in cooperation with other security outfits in the state.

“There have been so many success stories that can be attributed to the Dr Fayemi Government since its inception about two years ago, but these have been ignored by the opposition.

“They are those referred to by one of America’s former Vice President, Spino Agnew as the “nattering nabobs of negativism. They would always prefer to serve in hell, rather than be partners in heaven”.

KanyiDaily recalls that Fayose had urged Fayemi to stop complaining unnecessary, reminding him that he was voted to do what he couldn’t.