Croatia has stunned five-time world champions Brazil with a dramatic 4-2 penalty shootout win after equalizing the tournament’s favorite (1-1) at the Education City Stadium to book a place in the World Cup semi-finals. 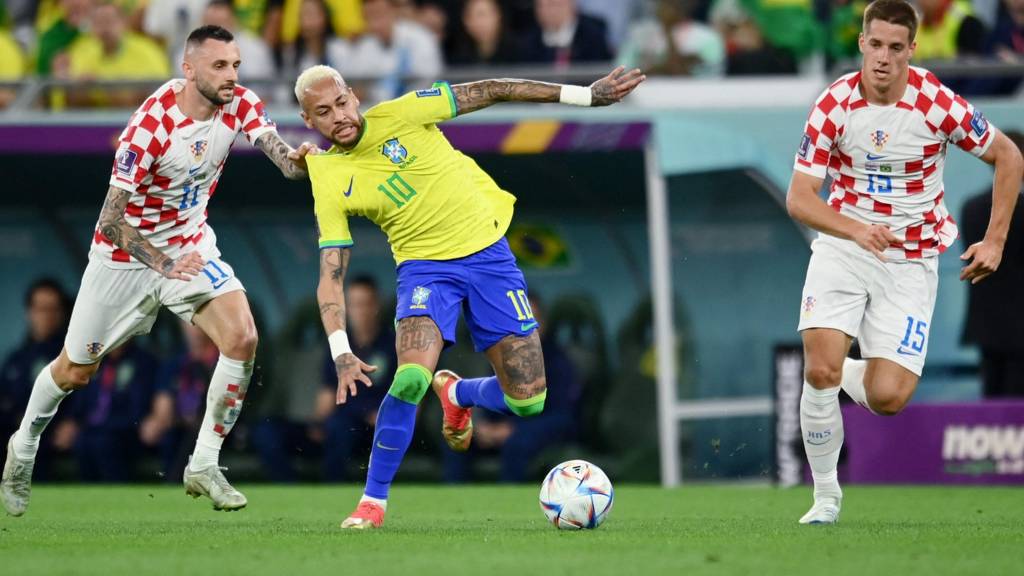 After an engrossing 90 minutes, Brazil thought they had won it in extra time when Neymar scored a stunning solo goal – tying Pele’s international scoring record for the Seleção with his 77th goal.

But substitute Bruno Petkovic had other ideas, stroking in a 117th-minute equalizer with Croatia’s first shot on target in the match to send the game to penalty shootouts.

Croatia’s goalkeeper Dominik Livaković was the hero in the shootout, saving Rodrygo’s first effort before defender Marquinhos saw his attempt hit the post which sent Croatia through to the semifinals.

Croatia kept their composure as Brazil’s Marquinhos and Rodrygo failed to convert, while Nikola Vlasic, Lovro Majer, Luka Modric, and Orsic were all successful with their spot-kicks.

The Brazilian team were supposed to dance through to the last four in their quest for another star on their shirt but their hopes were ended in the cruelest fashion.

The top-ranked Brazilians were a heavy favorite to reach the semifinals, but now Croatia will face Argentina, who also defeated the Netherlands on penalties, for a place in the final on Tuesday.

The moment Croatia knocked out Brazil on penalties! #FIFAWorldCup pic.twitter.com/mvGnzgvlqc

KanyiDaily had also reported how Argentina beat the Netherlands on penalty kicks in the quarter-final on Friday at the FIFA World Cup Qatar 2022.

Related Topics:BrazilCroatiaFootballgistNewsQatarsportsVideoWorld Cup
Up Next