A chieftain of the Peoples Democratic Party (PDP), Bode George has slammed the National Leader of the All Progressives Congress (APC), Bola Tinubu over his 2023 presidential ambition. 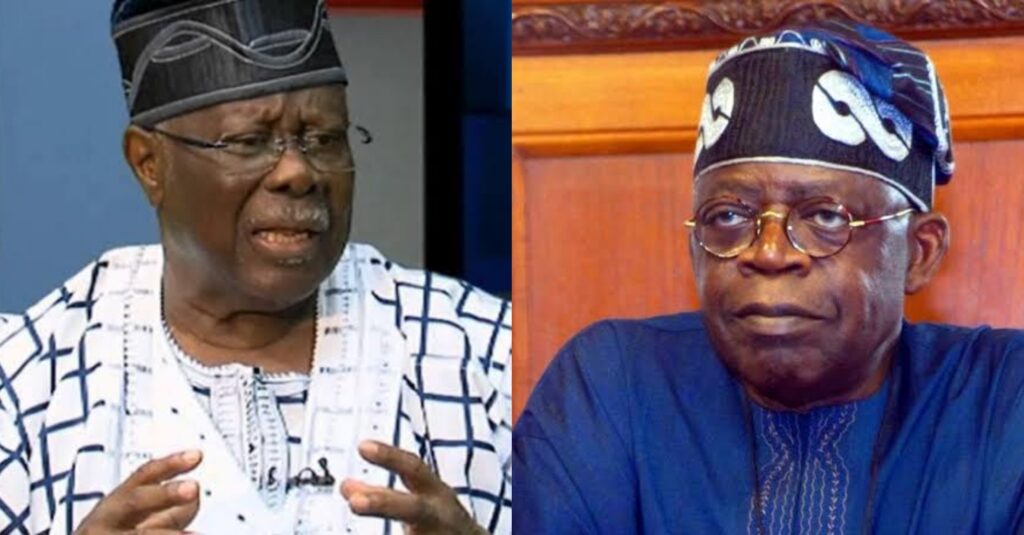 KanyiDaily recalls that Tinubu had earlier revealed that he has informed President Muhammadu Buhari of his intention to contest in the forthcoming 2023 presidential election.

Reacting to the development during a chat with The PUNCH on Monday, Bode George described Tinubu’s presidential ambition as a huge joke, alleging that the APC leader was responsible for mismanaging the resources of Lagos State.

Goerge said, “This so-called ambition must be a huge joke. The Presidency of Nigeria is not for characters like Bola Tinubu. Look at how he mismanaged the resources of Lagos State.

“It is surprising that he can even dream of becoming the President of Nigeria. He is living in cuckoo land.”

The former Deputy National Chairman of the PDP said Tinubu would be shocked by how things will go and how he will be double-crossed by those he is trusting.

George said the South-West had quality leaders who could produce the next President of Nigeria. He, however, said Tinubu was not one of them.

He said it would be an insult for the South-West, which is the most sophisticated region in the country, to settle for Tinubu.

George also said it was unfortunate that a hallowed ground like the Presidential Villa would be the location for Tinubu to declare his ambition.

KanyiDaily recalls that Bola Tinubu has given more insight into his 2023 presidential ambition, saying that he has the confidence and vision to govern Nigeria.

Tinubu’s Presidential Ambition Is Dead On Arrival, It’s The Turn Of Igbos – Ohanaeze

Tinubu Speaks On Presidential Ambition, Says He Has Vision To Make Nigeria Better