A single mother identified as Imole Sesan has allegedly set a family of seven on fire in the Idimu area of Lagos State. 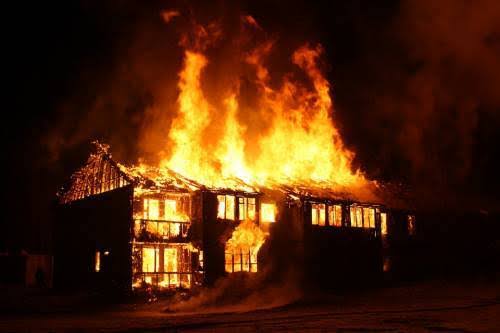 According to P.M Express, the victims, Remi Joseph, her children and grandchildren were sleeping in a shop when Sesan locked the family in, doused them with petrol through the window and set them ablaze.

It was learnt that Sesan had visited Joseph, her aunt on January 1 and 3, demanding her late father’s share from the rent of the family property located at Mafoluku in Oshodi, Lagos and was told that the tenants had not paid their rents.

Sesan was reported to have promised to punish Joseph for refusing to grant her demand. So far, three of the victims have already died due to severe burns, including the mother, Joseph.

It was gathered that doctors were still battling to save the lives of the other four victims at the hospital at the time of filing the report.

Policemen from Idimu Division reportedly arrested Sesan on January 8, and transferred her to the Homicide Section of the State Criminal Investigation Department for further investigations.

KanyiDaily had also reported how a 49-year-old man was arrested for attempting to have sex with a woman’s corpse at her own funeral in Zimbabwe.