Investigations revealed that the little boy was taken to the church on sunday for the 10a.m mass by his mother, Mrs. Salome Alamanjo.

It was also gathered that little Emmanuel became very uncomfortable with the temperature inside the crowded church and because he was crying ceaselessly, his mother handed him over to his elder sister to take outside for fresh air.

A lady was said to have offered to assist the little girl who was clutching her younger brother and thereafter tricked her to move to the church hall where members of the Catholic Biblical Instructors Union, CBIU, were giving children lunch, to collect some rice for her brother.

“On her return from the hall, the little girl did not see either the lady or her brother and broke down weeping. She relentlessly searched and hoped to find the fleeing lady. This gave the baby thief ample opportunity to escape,” a woman, who simply identified herself as Ngozi, told Vanguard.

He passionately appealed to the public to come forward with any information that would lead to the recovery of the little boy soonest.

“Anybody with useful information on the missing boy can call 08062423712, report to the nearest police station or any Catholic priest,” Rev. Fr. Osuji pleaded. 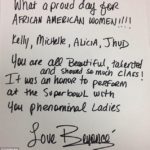 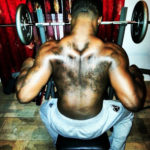