The Senior Special Assistant to the President on Media and Publicity, Garba Shehu, has said no one can bring down the government of President Muhammadu Buhari because he was elected democratically. 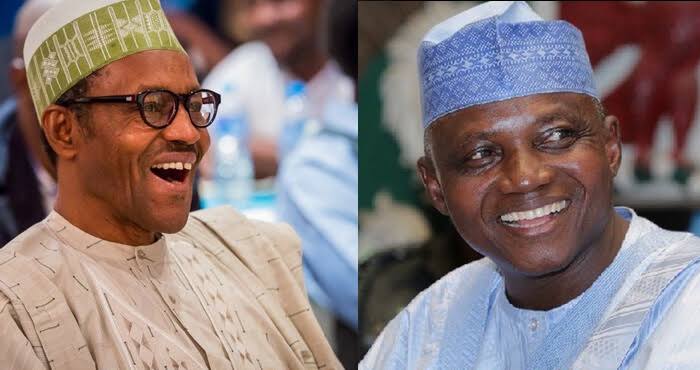 Shehu stated this on Channels Television’s ‘Sunrise Daily’, while speaking against the backdrop of kidnappings and mass abduction in schools especially in the North.

He affirmed the President is quite conversant with daily events in the country adding “the fastest way to reach President Buhari is to reach the press and reveal the wrong doing that’s happening”.

Shehu noted that Buhari is passionate about the unity of Nigeria as well as tackling the myriads of security challenges in the country.

“I want to assure Nigerians that the administration of President Muhammadu Buhari is addressing multiple challenges that are facing the country especially in dealing with security and yet we are still making progress in agriculture, economy, anti-corruption, which are the key policies that brought the party and the government to office.

“It is sad for the country that opposition is exploiting some of these things. It is quite unfortunate and I want to assure that the president remains focused in preserving the security and unity of this country.

“It is an established fact that all nations of the world face problems and what is expected of all well-meaning members of the society is that they should team up with the government so that together we will all fight criminality and insurgency and all that.

“We accept that dissent is allowed, this is a democracy and people have a right to tell truth to government but we must be careful in doing that. Nobody can bring down the government because this is a government elected democratically.

“Government in a democracy come through periodic elections and if we have a government in office as we have, sponsored by political parties to win the elections, it is telling you that that confidence of the public is still there.”

KanyiDaily recalls that Garba Shehu had also insisted that President Buhari remains the best hope for Nigeria’s economy because of his will and determination to deliver.

Professor Peter Ogban Jailed For Rigging In Favour Of PDP, Not Me – Godswill Akpabio