The Movement for the Actualization of the Sovereign State of Biafra (MASSOB) has reacted to a report that the United Kingdom was planning to grant asylum to persecuted members of the group and the Indigenous People of Biafra (IPOB).

KanyiDaily recalls that the UK Visas and Immigration (UKVI) had released new guidelines to its decision-makers on how to consider and grant asylum applications by members of Biafran secessionist groups.

Reacting in a statement by its leader, Comrade Uchenna Madu, MASSOB said Biafran agitators do not need UK asylum which it described as ‘greek gift’ arranged by President Muhammadu Buhari led-government to divert their attention.

“The government of Britain is the sole architecture of the political, economical and religious problems of the people of Biafra in Nigeria even till today,” MASSOB’s statement said.

“They have not shown any remorse or apologized to the people of Biafra. Britain killed, maimed and wounded our fathers, mothers and brethren through the Hausa Fulanis. MASSOB rejects their Assylum gift.

“Our unified resilience, resolutions and unshakable spirit of no surrender will continue to hunt down this geographical expression called Nigeria.

“MASSOB demands for a referendum on Biafra and not asylum,” the MASSOB statement noted.

The development is coming after the IPOB led by Nnamdi Kanu also rejected the reported plans by the UK government to offer ‘persecuted’ members asylum. 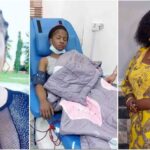