The Inspector-General of Police, Mohammed Adamu, has announced the establishment of the Nigeria Police Radio, 99.1FM across the country. 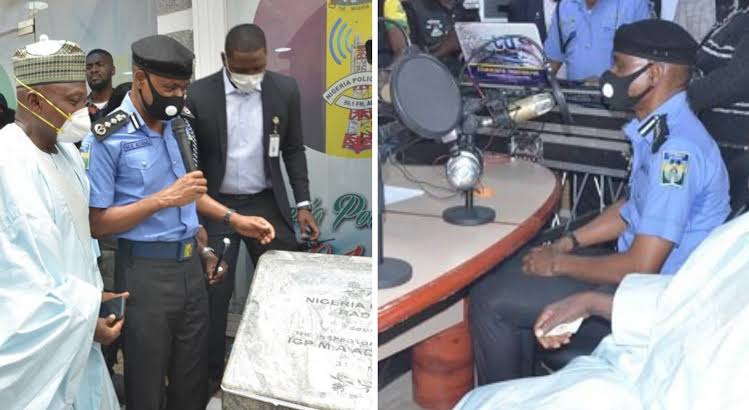 Mr Adamu, who announced this at the inauguration of the radio station on Wednesday in Abuja, said the aim is to promote community policing and bring the police closer to the people.

According to him, the radio station was a legacy project, conceived, nurtured and actualised by the Nigeria Police Force.

Mr Adamu said the project was part of strategies designed by his administration as the 20th I-G to combat crimes and stabilise security across the country.

“As part of the implementation processes, we appreciated the need to bolster partnership and good working relationship between the police and the people in our various communities.

“One of these strategies is the construction and setting up of this community-based radio station, the Nigeria Police 99.1FM Radio, targeted at bringing the police closer to the people,” he said.

He commended the federal government for its unrelenting commitment to the security and safety of Nigerians and support for the Nigeria police in the enhancement of its operational capacity.

According to him, the Nigeria police 99.1FM Radio is a product of these laudable gestures and it is within the vision of our community policing initiative.

He said the focus was to ensure smooth information flow, aimed at strengthening the bond between the citizens and the police.

Mr Adamu said the radio station had since commenced test transmission in line with the National Broadcasting Commission (NBC) code and operational regulations.

The police boss said the station would serve as a veritable avenue for the Nigeria Police to engage, enlighten and inform the public on policing activities and other security-related matters.

According to him, the station will also air phone-in programmes to involve the citizens in the security of their localities especially on ways to spot and report crimes and other necessary steps to take in the event of a crime or security emergency.

Garba Shehu, the senior special assistant to the President on media and publicity, said the project was a legacy project set up at a time when fake news was a big issue globally.

He said the establishment of a radio station by the police implied that Nigerians have a station where credible, accurate and timely information about security and other issues could be aired.

“It cannot be said that the police radio is airing fake news. When people listen to all other radio stations, they will tune to police station to have a confirmation of the news they have heard elsewhere,” he said. (NAN)

KanyiDaily recall that the Nigerian Police Force (NPF) had als declared in an online campaign to redeem their image that they are not a “collection of angels”.