Suspected Fulani herdsmen have killed seven people during an attack at the Internally Displaced Persons (IDPs) in Abagena community on the outskirts of Makurdi, the Benue state capital. 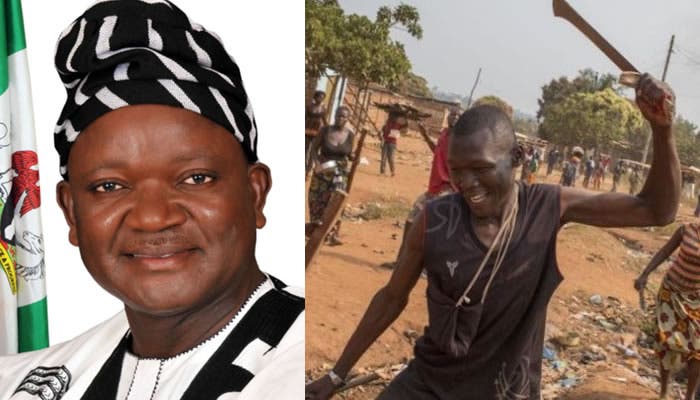 A statement issued on social media by the Benue State Government said the attack forced angry youths to block the Makurdi-Lafia Road with the bodies of the victims in protest against the killings.

“Governor Samuel Ortom while addressing angry youth who protested and blocked the Makurdi -Lafia Road with the dead bodies, called on President Muhammadu Buhari to live up to his responsibility of protecting Nigerians.

“He described the attack on the IDP camp as inhuman, barbaric and unacceptable.

READ:  One-Year-Old Boy Drowns After Falling Into Bucket Of Water In Anambra [Video]

“Government had taken the issue of militia herders seriously, it wouldn’t have escalated to this level.

“He lamented that in the last two weeks, over seventy persons had been killed in Makurdi Local Government alone while various communities across Benue are suffering from same militia herdsmen,” the statement reads.

KanyiDaily recalls that Governor Ortom had recently narrated how he narrowly escaped an assassination attempt when suspected herdsmen ambushed him on his farm.