Sokoto State Police Command has rescued a 12-year-old girl, Joy Emmanuel, who was caged for eight months by her guardians, Emmanuel Bassey and his wife Esther Emmanuel. 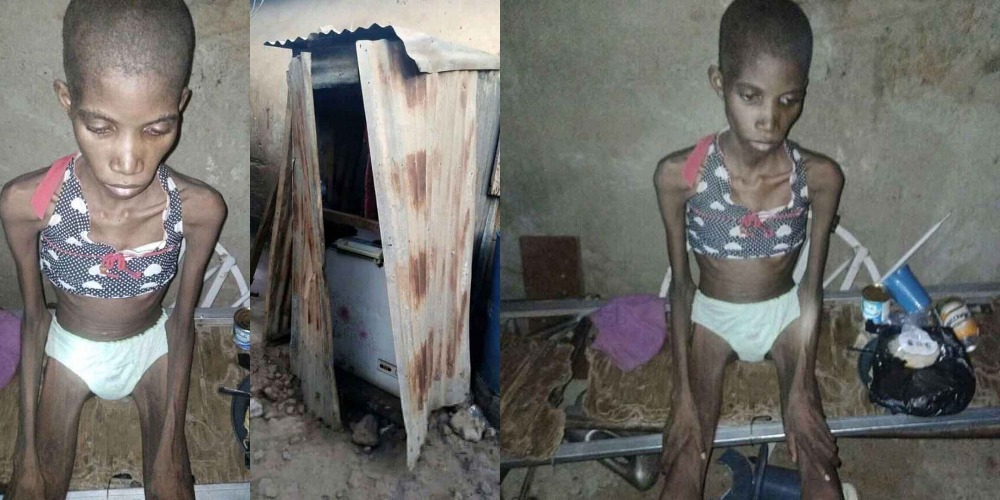 The command spokesman, ASP Sanusi Abubakar, said the girl was denied food throughout the period of her confinement at Sokoto Cinema area in Sokoto North Local Government Area.

It was gathered the duo took the action because “she is mentally unstable” which was later proved to be false by the police.

Abubakar said the girl was rescued on Thursday while the suspects were arrested and detained at the Dadin Kowa police station.

“They kept the girl in a cage at their compound and starved her of food for eight months.

“When our men broke the door of the cage, the girl was too frail to walk because she was emaciated.

“We met her in a very horrible situation, urinating and excreting inside the cage. The girl was taken to the specialist’s hospital for treatment,” he said.

Abubakar said that both the victim and the suspects would be handed over to the National Agency for the Prohibition of Trafficking in Person and other Related Matters (NAPTIP) for further action.

KanyiDaiky had also reported how the police rescued a 16-year-old physically challenged boy who was locked up in a cage for two years by his father in Katsina.

READ:  University Lecturer Transforms Into Spiderman To Attend To Students During The Ongoing ASUU Strike [Photos]

Bauchi Man Kills His Pregnant Girlfriend And Newborn, Dumps Their Bodies In Sewage