Former Zimbabwean First Lady, Grace Mugabe has been summoned to appear before a village court to answer charges of “inappropriately” burying the country’s late former president, Robert Mugabe, at his rural home in Zvimba. 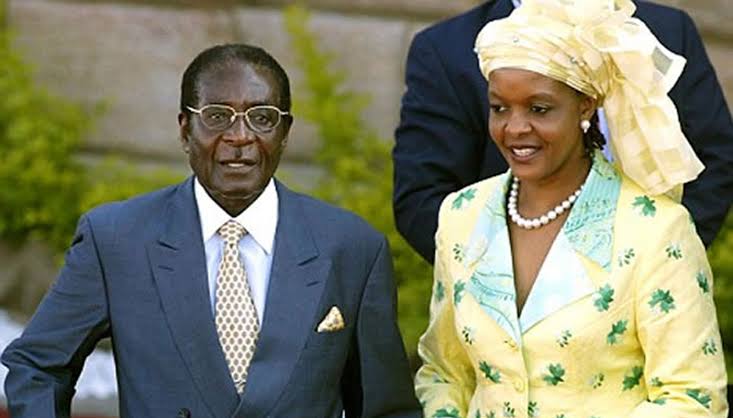 The traditional ruler Chief Zvimba summoned Grace to explain why the former Zimbabwean leader was buried at the family homestead, saying the move is a taboo in the area.

Chief Zvimba asked the former first lady to bring 5 beasts and one goat for going against cultural and traditional rites by burying Mugabe at his homestead.

Grace was also instructed to exhume the remains of the late former president so they can be reburied at a gravesite next to his mother Bona.

The former first lady was ordered to appear at the traditional court headed by Chief Zvimba on May 20, for the matter to be heard, failing which a ruling will be given in favour of the applicant.

Below is the content of the letters of summons translated in English:

“You are being summoned to appear before Chief Zvimba’s Court at Gonzo Guzha Hall, Murombedzi Growth Point on 20 May 2021 at 0930 over the following allegations.

b) All of Rober Gabriel Mugabe’s clothes/properties must be gathered and stored properly at the deceased’s house following our culture as the Zvimba people.

c) I also want the deceased – Robert Mugabe- to be reburied according to the culture of the Zvimba people at a place chosen by his relatives and mother.

d) For the above-mentioned violations, you are, therefore, required to pay 5 beasts and one goat.

1) You are allowed to bring witnesses and evidence to the court.

2) If you fail to attend the hearing without permission from the court, the court will rule in favour of the applicant.

3) If you want clarity on the matter, approach the court on the date set for the hearing.” 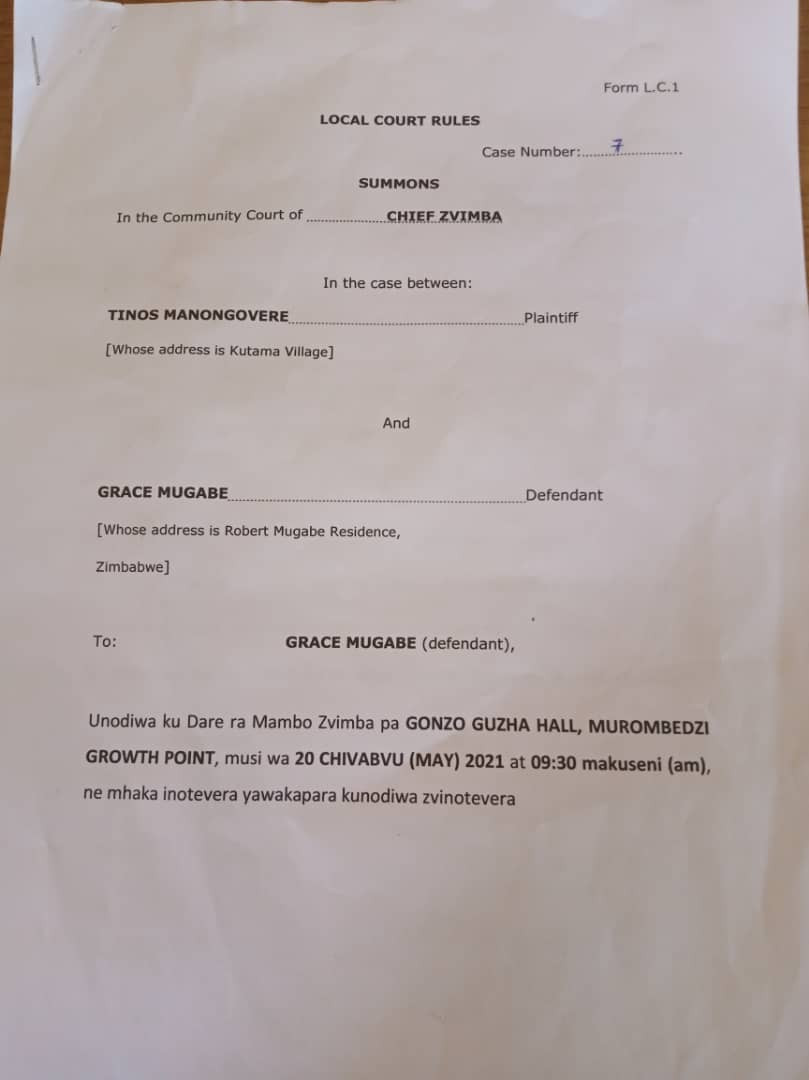 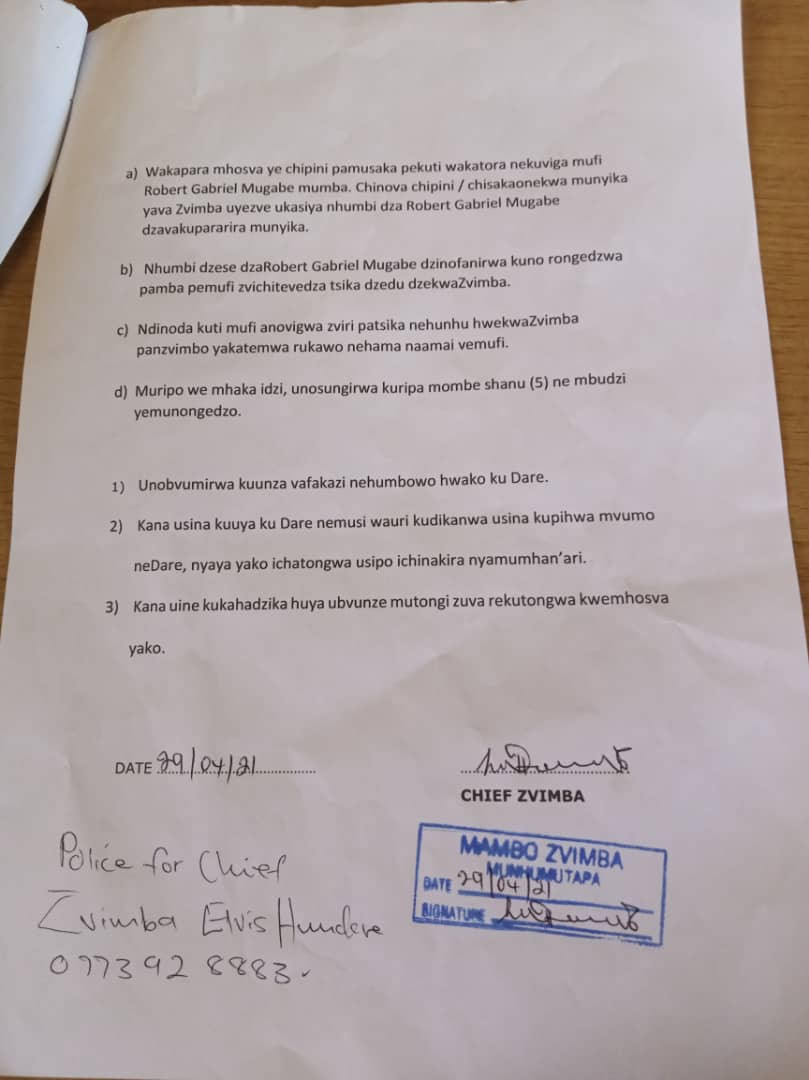 After Mugabe died in Singapore in September 2019, his family and the government disagreed on his burial place before he was finally buried at his home village in Kutama, Zvimba in Mashonaland West. 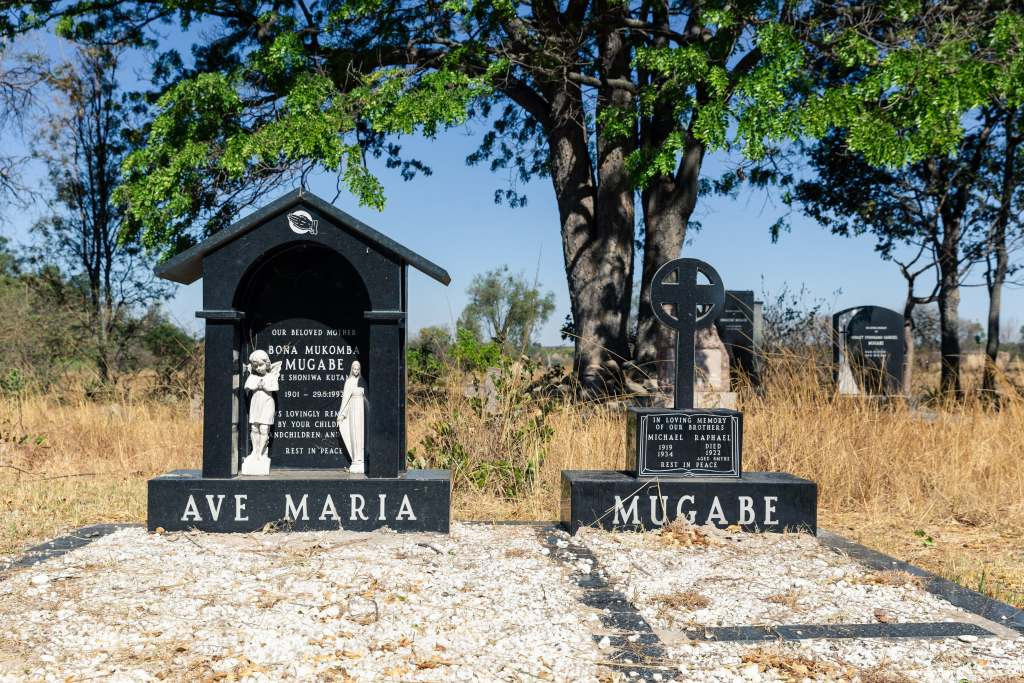 The government had wanted to bury Mugabe at the National Heroes Acre in Harare, but his family turned down the offer, arguing that Mugabe had made it explicitly clear that he did not wish to be interred at the national shrine.

Mugabe’s decision was reportedly borne out of bitterness at the way he was ousted in the November 2017 military intervention.