A Nigerian man identified as Anthony Oregon has been killed by a ‘spiritual snake’ which was allegedly sent to him by someone in Edo State. 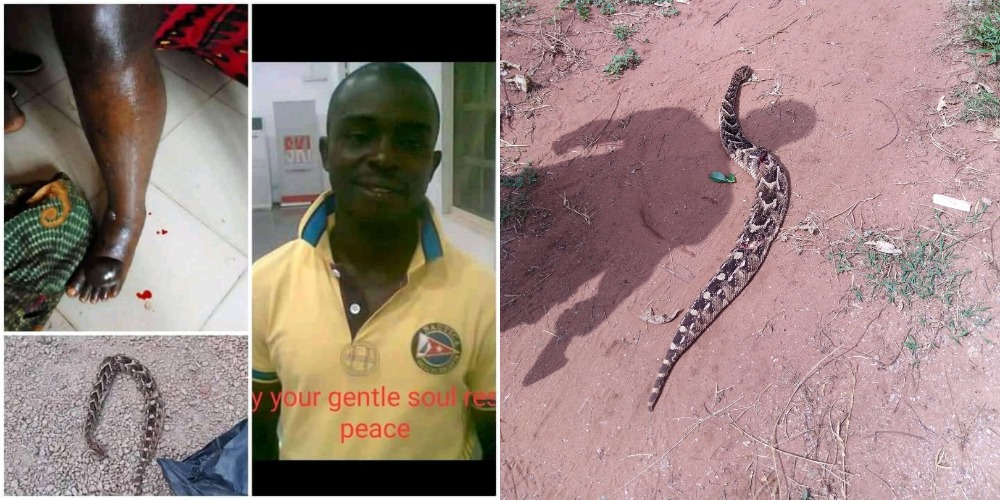 A Facebook user, Shadrack Okpomhe, who shared the news on his page, said someone had called the deceased to inform him that pigs were feeding on his crops.

There were no pigs on his farm when Anthony got there, he only saw a big snake, which flew and bit him in his leg before he manage to kill the poisonous serpent.

His leg got swollen and he didn’t survive the poisonous bite. The deceased was laid to rest on May 26, after a funeral mass at Saint Philomena Catholic Church in Edo.

“Someone called him to inform him about his crops been eaten by pigs, and getting to the farm that evening just a stone throw from the house , he saw the giant snake and immediately went back, according to him, the snake flew towards him and he got bitten, he was brave enough to kill the same snake but could not survive it,” Shadrack narrated.

“Tony this wasn’t our discussion few days ago, we weere to see this morning and I never knew something had prevented you from us seeing.

“If I was told on time or u called me, Tony e no get how e wan be wey e no go be, local medicine for quench this mess bro, Tony my uncle for do something to this snake back to its sender. I seriously still don’t want to believe this evening when I had to accompany your corpse to the morgue this evening.

“Tony why? Tony what happens to mama whose far away in Abuja who knew quite alright u at home looking after things? Tony why? Tony u be don dey plan settle down why” 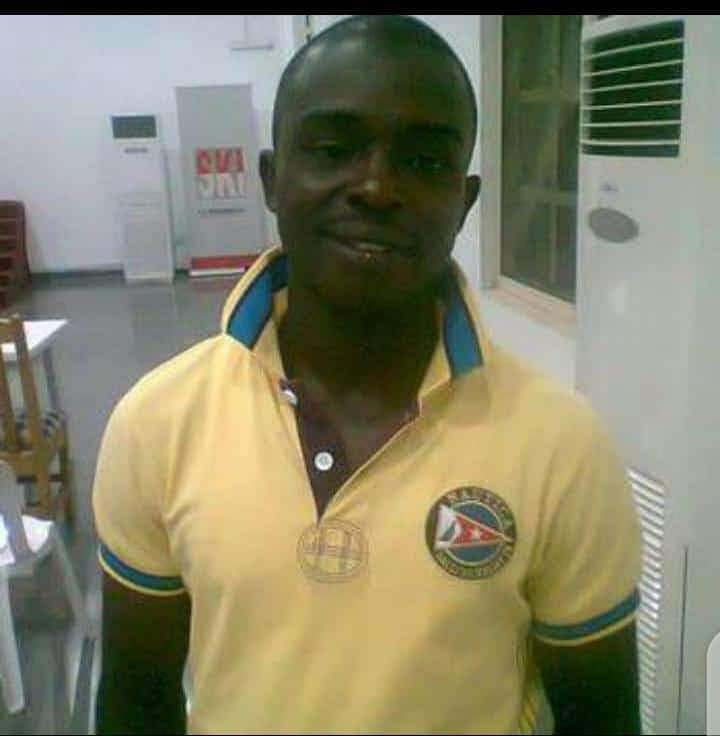 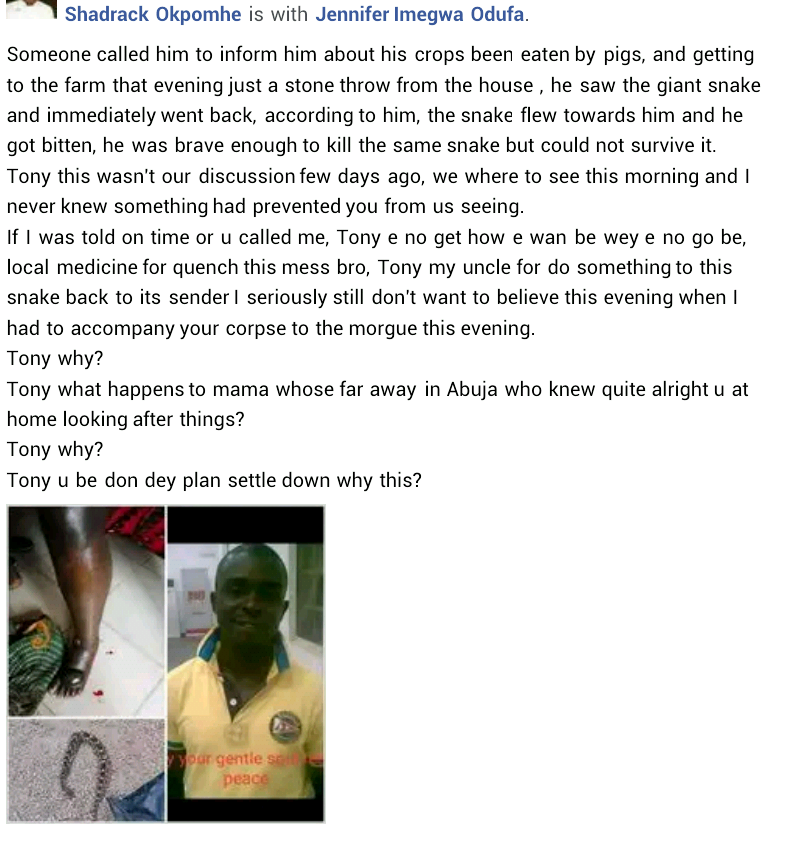 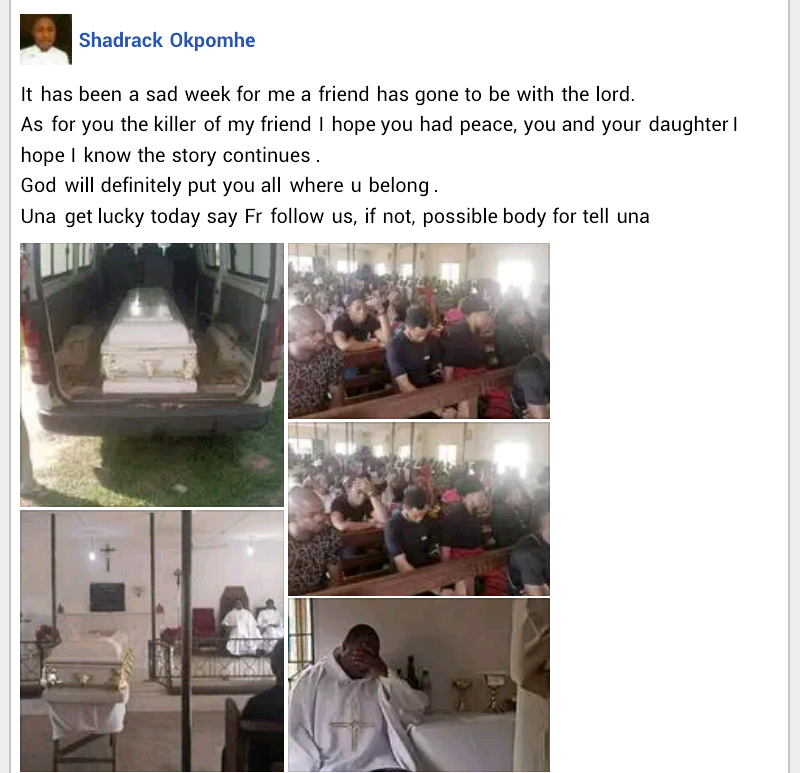 KanyiDaily had also reported how a woman was arraigned in court for witchcraft after she was caught allegedly breastfeeding a giant snake in Zimbabwe.

Nigerian Man Who Returned From Abroad, Killed And Robbed By Security Guard He Hired