A video circulating on the social media show the moment a female student was physically fighting her lecturer for not allowing her to write an exam in Auchi Polytechnic, Edo State. 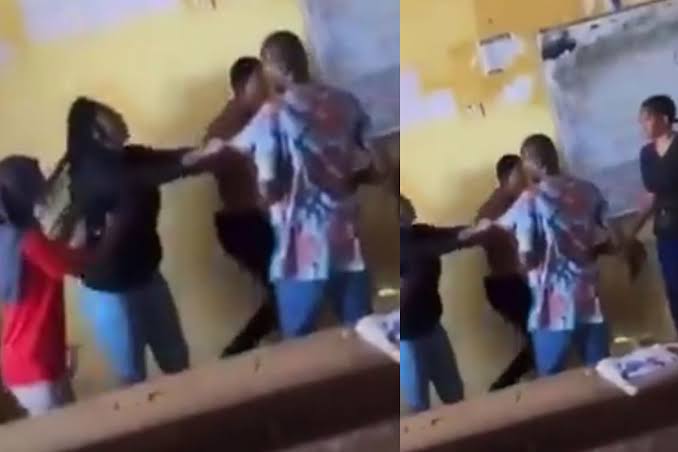 It was learnt that the student was caught cheating with incriminating materials in the exams hall and the lecturer gave her a malpractice form to retake the exam on a later date.

Despite being angry about the development, the student did not react but after the exams was over, she attacked the lecturer while he was still carrying answer scripts.

In the viral video, the young lady could be seen holding the lecturer’s shirt and even tore it while fighting him for preventing her from taking the exam.

During the fight, her course mates tried to move her away from the helpless lecturer who appeared to be holding back.

KanyiDaily had also published a video of a mother attacking the security guard of Queen’s college who refused her daughter into the secondary school because she fixed artificial lashes.