The Senate President, Bukola Saraki has revealed that the reason the 8th assembly, under his leadership, refused to confirm Ibrahim Magu as the chairman of the Economic and Financial Crimes Commission (EFCC), was because the presidency failed to lobby the Senate.

Saraki made this revelation on Monday while speaking at the orientation programme organized for senators-elect and House Of Representatives members-elect ahead of the inauguration of the 9th National Assembly in Abuja.

According to him, Magu’s appointment would have been confirmed, but the Presidency failed to explore the established channel of lobby. He insisted that the “political solution” should have been applied after the Senate rejected nomination twice. He said:

“When the executive makes an appointment, there is an issue of lobby; this is why we want a particular nominee. It is done even in America.”

Saraki noted that the options are that the President can lobby the legislature or present someone else at the event of rejection of a nominee. He said:

“The truth really is that the issue of confirmation, whether ministerial or other appointments, is done by the entire Senate. Generally, we have an unwritten practice that we would get the input of senators from the state where the appointee hails from before we start the screening process in the Senate. By the powers of the Senate if such nominee is rejected, then it is upon the executive to find a new replacement. The issue really is that the Senate has the powers to reject ministerial nominees.

“In a situation where the Senate rejects, it is up to the executive at that time to send in a replacement or in some cases, when we have appointment rejected and the executive will re-present before the Senate, but if the senators again take a decision to reject the nominee, the appointment stands rejected.”

The Nigerian Senate rejected the appointment of Magu each time he was presented for confirmation by the President Buhari.

However, Magu remains in the office as the acting chair of the anti-graft agency. 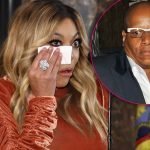 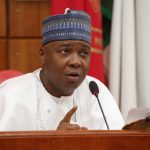