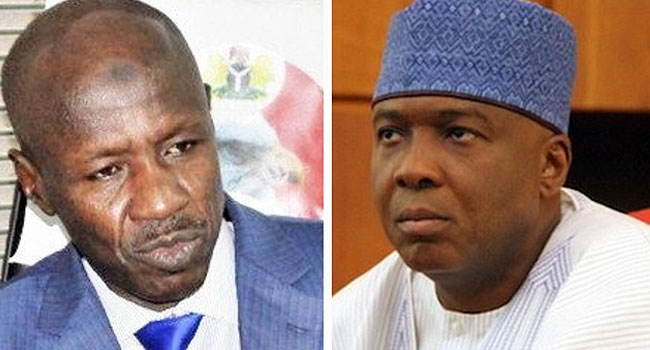 The Economic and Financial Crimes Commission (EFCC) said no amount of media campaign or blackmail against its acting chairman, Ibrahim Magu, will stop the prosecution of the former President of the Senate, Bukola Saraki.

The spokesman of the commission, Tony Orilade, made this known in a statement in Abuja on Sunday while reacting a letter Saraki wrote to the Chief Judge of the Federal High Court, Justice Adamu Abdu-Kafarati.

In the letter, Saraki revealed how the EFCC boss, Ibrahim Magu, visited him in 2016 and begged him to ensure that he was confirmed by the Senate.

Saraki added that he explained to Magu that the Department of State Services had written a letter to the upper chamber of the National Assembly accusing the EFCC boss of corruption and being unfit to hold the office and thus should not be confirmed. The letter read in part:

“Your Lordship, Mr. Magu after his nomination, came to see me pleading that I should do my best to help him during the screening process. During that meeting, I made it clear that I had no objection to his nomination and revealed to him, in confidence that he needed to go and clear himself with the DSS because the report on him was unfavourable.

“In fact, I bent backwards to let him read the content of the indicting security report submitted on him.

“Also, I decided to delay the screening to give him ample time to get the DSS to change the report. As it eventually turned out, he was unable to get the adverse DSS report reversed.”

Saraki, who was the Chairman of the 8thNational Assembly, said the acting EFCC boss had since been hounding him.

“My Lord, Mr. Magu is after me because he feels that as the President of the 8th Senate, I was responsible for the non-confirmation of his appointment, whereas the reason his appointment was not confirmed is all too familiar,” Saraki wrote.

In reaction, the commission’s spokesman, Tony Orilade issued a statement saying, “the attention of the EFCC has been drawn to the false claim made by Mr. Saraki, who is facing investigation here in Nigeria. He seems to have chosen outside the shores of Nigeria as the launch pad of his campaign of calumny against the EFCC and its leadership.”

“We wish to state without any contradiction that the ongoing investigation against the former Senate president and other Politically-exposed Persons (PeP) are on course, while Saraki and his co-travellers will surely have their day in court shortly.

“Particularly, of reference is the report published in the Punch Newspaper of Sunday, June 30, 2019, entitled, “Magu begged me to help his confirmation by the Senate, Saraki tells CJ Kafarati”.

“Saraki deviously chose to divert attention from the weighty allegations of financial fraud trailing his eight years stewardship in Kwara and leadership of the Senate.

“Instead, he is coming up with mendacious reasons on why the Chief Judge of the Federal High Court should ignore the request of the EFCC, seeking the transfer of its cases from Justice Taiwo Taiwo who curiously granted ex-parte order to restrain the commission from performing its statutory duties.” he said.

Mr Orilade further said that incidentally, the EFCC had filed a detailed response against the judge’s restraining order and took up issues over the controversial interim order.

“While waiting for the careful response of the CJ over the commission’s request, we wish to advise ex-president of the Senate to carry his cross and allow the judiciary to perform its constitutional role,” he added.

The spokesman said it was absurd for Mr Saraki to be raising issues on what transpired during the confirmation of EFCC boss in 2016 when he was no longer in charge of the Senate in 2019.

“It is too late for him in the day, to be claiming innocence over the confirmation saga when every Nigerian knew what transpired under his watch.

“The Commission under Magu, has moved on and will not be distracted over mundane issues.

“Let it be stated in unequivocal terms that the investigation of Saraki’s stewardship, whether as a former president of the Senate or as a former governor of Kwara, has absolutely nothing to do with the non-confirmation of Mr Ibrahim Magu as the substantive Chairman of the EFCC.

“While the EFCC will not allow itself to be drawn by Saraki to take up issues with him on the pages of newspapers, it is pertinent to once again state in clear terms that the probes being carried out by the EFCC are nothing personal.

“They are all about enthroning probity in governance, and letting leaders know that even out of office, they will be held accountable for their stewardship.

“Again, it is worth reminding Saraki that he has no need to be scared of the EFCC and its leadership as long as he believes he has a clear conscience,” he said 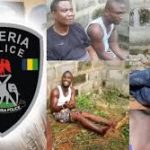 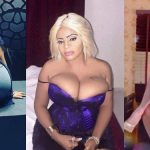