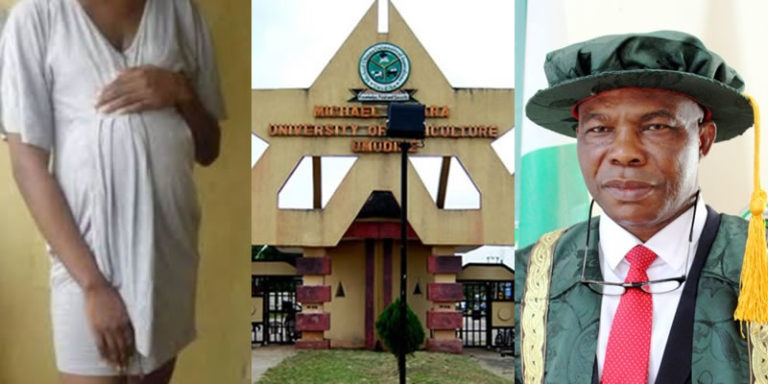 Prof Francis Otunta, the Vice Chancellor of Michael Okpara University of Agriculture Umudike, (MOUAU), in Abia State, has been accused of putting a female student in a family way and flying her abroad to conceal his act.

The allegation was revealed in a petition written by a member of the University’s Governing Council, Dr Nelson O’Amanze Udenze.

In the petition, Prof Francis Otunta is accused of impregnating a third-year female student of accounting in 2017.

He then upgraded the student to final year status without any examination in order to cover up and make her graduate a year ahead.

When the said student graduated, the vice-chancellor allegedly sent her abroad in a bid to conceal the scandal.

Aside from the sexual misconduct allegation, Prof Otunta has also been accused of abuse of office and embezzling money meant for some staff of the university who he allegedly suspended.

Dr Nelson Udenze, the petitioner is reported to have said in an interview that the Ministry of Education has constituted a panel to look into the allegations.

Admitting to authoring the damning petition against the vice-chancellor, he promised to divulge further details to the press after the panel set up to investigate the matter is done with its work.

Swipe to see copiesnof the petition below:

Meanwhile, KanyiDaily had reported how a 19-year-old boy named Ekenem impregnated his mother while testing his love charm in Asaba, Delta State. 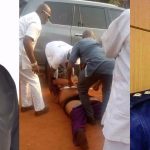 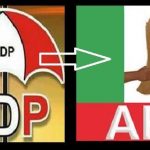