A 12-year-old boy identified as Lekan Benjamin has drown to death while swimming with his friends at Asa River in Ilorin, Kwara State. 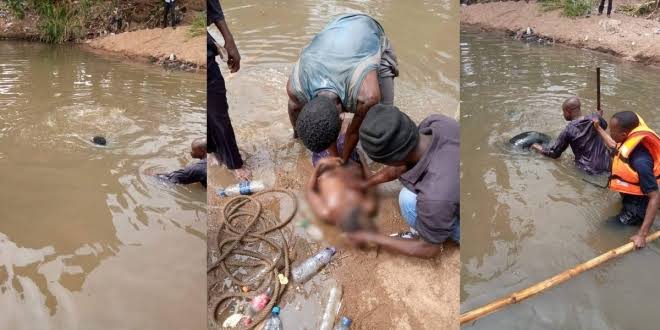 The director of the Kwara State Fire Service, Falade Olumuyiwa, who disclosed this on Facebook, said the incident happened on Tuesday.

Olumuyiwa said the victim, a pupil of Junior Secondary School in Ilorin, went swimming with some of his classmates while returning from school, but was eventually drowned in the Asa river.

“Today Tuesday 16th March, 2021. At about 13:21hrs of today, the State Fire Service attended to one rescued operation, at Ejiba Road off Stadium road, Ilorin.

READ:  DJ Dimplenipple Calls Out D'Prince, Accuses Him Of Trying To Have Sεx With Her In Hotel

“According to the fire officers present at the scene, the victim, a 12 year old boy from Oja-iya Area of Ilorin, with his colleagues went to swim at the Asa-river before he was eventually drowned in the river.

“The victim was recovered dead from the river by the firemen and handed over to his biological father Mr Monday Benjamin before leaving the scene of incident.

“However, the Director Kwara State Fire Service, Falade John Olumuyiwa (CFO) consoled the family of the victim and advised parents to watch over their children’s movement in order to prevent future similar occurrences.” 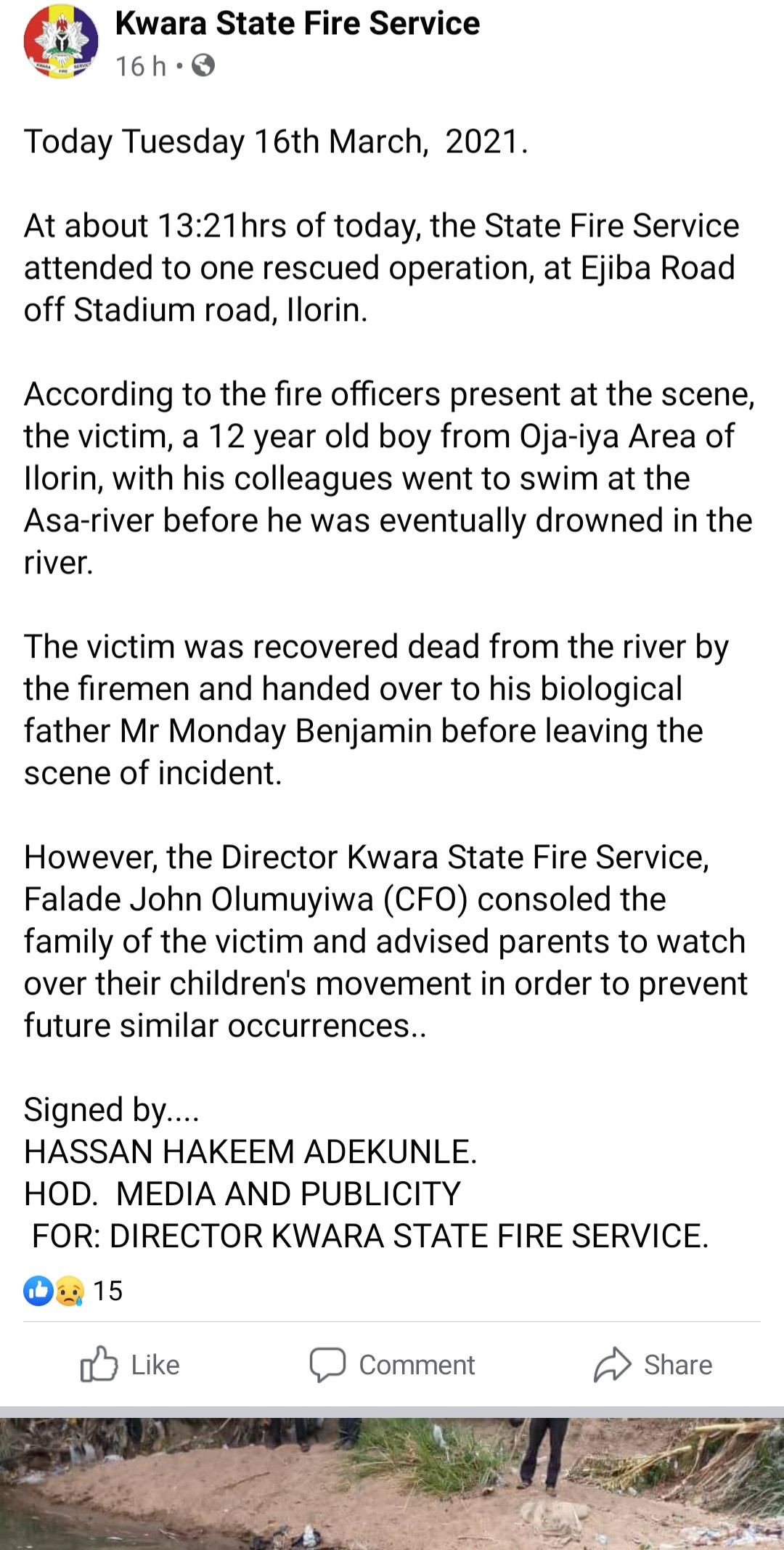 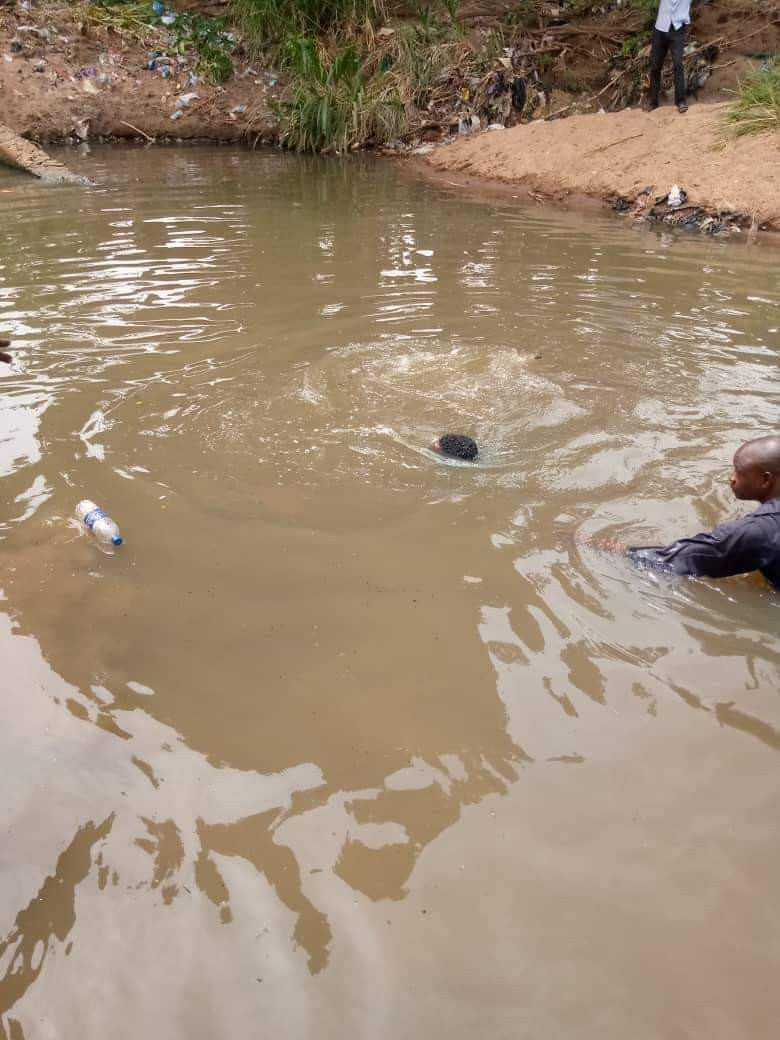 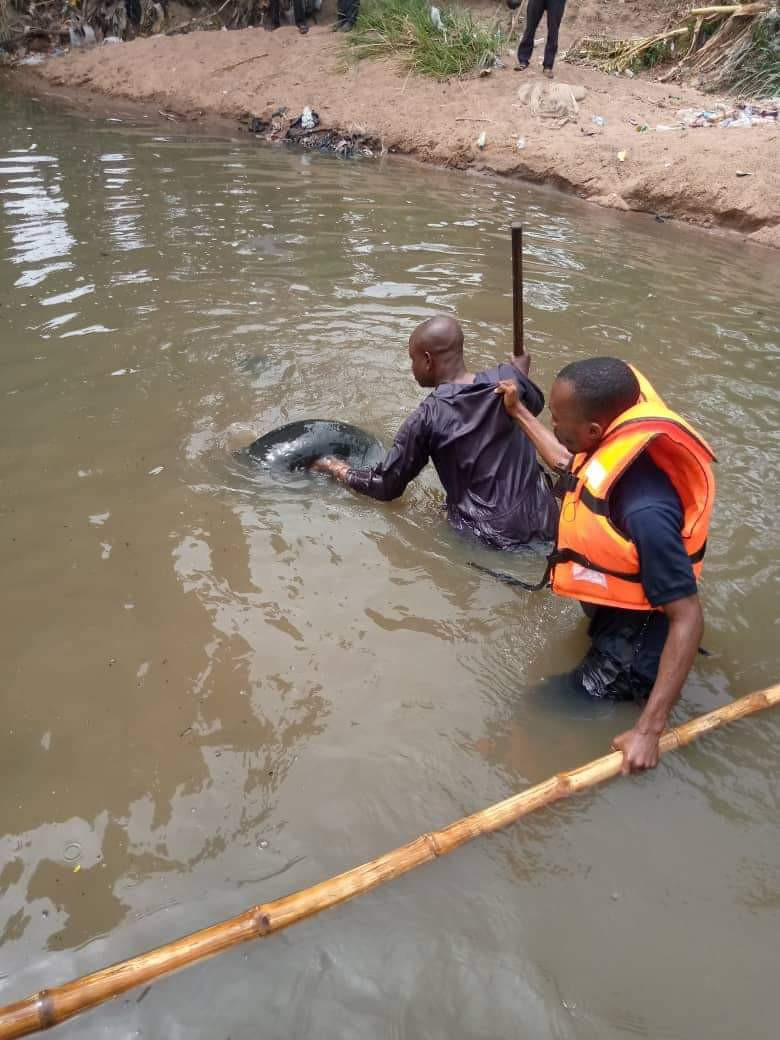 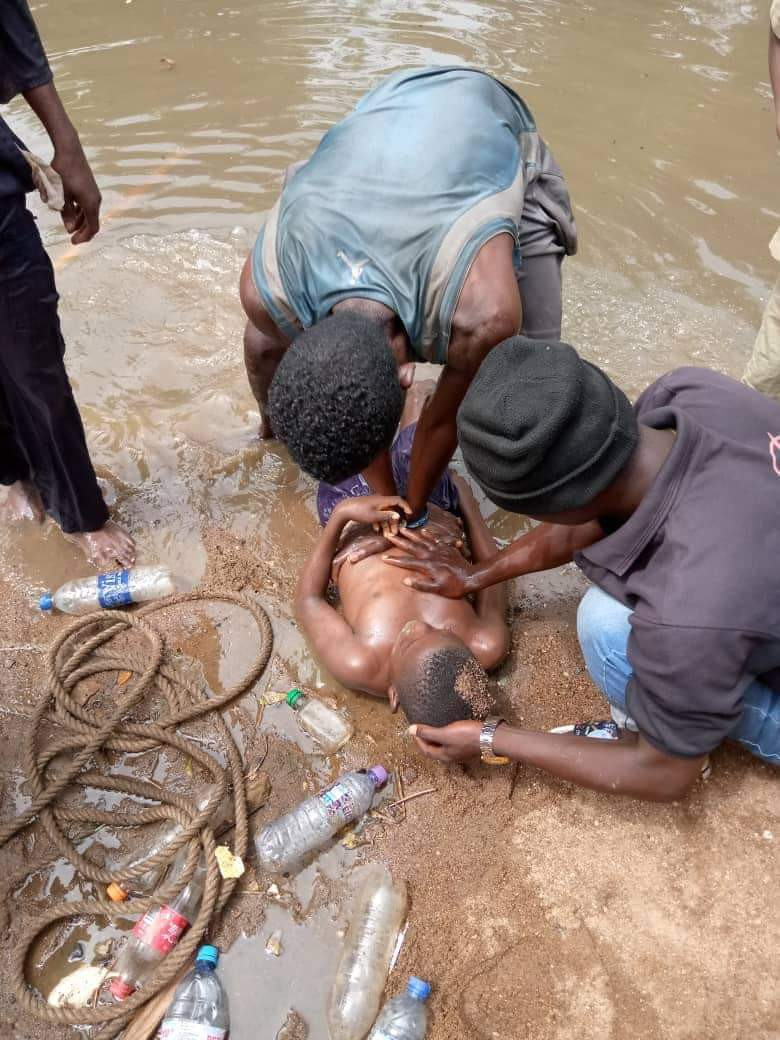 KanyiDaily had also reported how three female children got drowned after falling off a bridge while swimming in a river at Sabo area of Ondo State.

READ:  "If You See My Wife Cheating On Me With Another Man, Don’t Tell Me" - Ex-Governor Warns 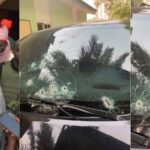