Lagos State Police Command has arrested a man, Omotayo Olaiya, for threatening to kill a woman, Mrs Olatunji Shakirat Mayo, with a gun inside the Ansarudeen Mosque at Bola Street in Ebute-Metta area of the state. 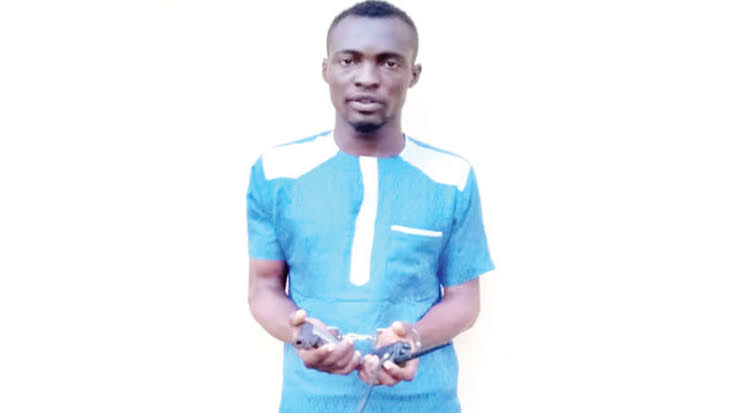 The Public Relations Officer (PRO), CSP Olumuyiwa Adejobi, said the suspect was arrested after the woman lodged a complaint that he threatened to kill her with a gun inside a Mosque on Monday.

Adejobi said a surveillance team was detailed to track down the suspect who was eventually arrested, and a Brownie Pistol and one Motorola walkie-talkie were recovered from him.

READ ALSO:  How Police Arrests Man For Brutalizing His Son With Hot Knife In Delta State

During interrogation, the suspect confessed that he bought the pistol for N80,000 from one Taiwo residing at the Ikorodu area in November 2020.

Meanwhile, the Commissioner of Police, Hakeem Odumosu has ordered that the case be transferred to the Command’s Special Squad, Ikeja.

He directed the arrest of other culprits in connection with the unlawful possession of firearms and threat to the life of the complainant.

Kyidaily had also reported how Nollywood actor, Baba Ijesha was arrested or allegedly defiling a 14-year-old girl since when she was seven.

READ:  "Empire" Star Jussie Smollett Attacked; Racists Beat Him Up, Poured a Chemical on him and put a rope on his neck