The Minister of Finance and National Planning, Zainab Ahmed has revealed that the federal egovernment borrowed N20 billion from recovered loots to fund the budget. 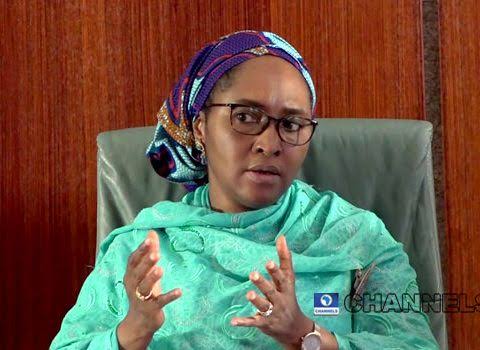 Mrs Ahmed disclosed this while appearing before the House of Representatives committee investigating the status of recovered loot on Thursday in Abuja.

Sada Soli (APC, Katsina), a member of the committee flagged a borrowing from the recovery accounts to the Ministry of Defence in 2020.

“N20 billion was borrowed from the federal government asset recovery account and it was released to the ministry of defence and one year later, 14th May 2018, the same N20 billion was transferred to the Capital Development Fund as a refund for the same purpose.”

Mrs Ahmed admitted that the government has been borrowing money from the account, and has not been able to repay the loans.

“So far, because of the very unusually tight liquidity situation we found ourselves in, we have not been able to start paying back any of the loans.

The committee also questioned the Accountant General of the Federation, Ahmed Idris, on the transfer of N19 billion to the African Development Bank (AfDB) ‘without due process’.

Oluwole Oke (PDP, Osun), a member of the committee, flagged the transfer of the money, saying it violated the nation’s financial regulation and the constitution.

READ:  "I'd Rather Die Than Pay Ransom To Kidnappers If I’m Abducted" - Governor El-Rufai’s Wife

Citing Section 213 of the financial regulation and sections 80,81,82,83 of the 1999 constitution, he said the transfer was done without any evidence of budgetary approval.

“From the EFCC Account, you took N19 billion. You took a whole N19 billion from the EFCC account and paid an international organisation, N19 whole billion is not remitted here. I am sure the accountant-general is familiar with this money. On what basis did you withdraw or transfer the money?

“Agreed, I am just saying that since it is not from the Consolidated Revenue Fund; the name is very clear. It is an EFCC recovery account and we are not even sure if it is a final or interim forfeiture account. But you took N19 billion out of that account. So I expect you to back that withdrawal with the law, with the act of parliament.

“Because I have the EFCC approved budgets with me. I have the 2017, 2016, 2018, 2019, 2020 Appropriation Acts with me. I cannot trace that item of expenditure from the account. Ordinarily, I wouldn’t have even bothered but my worry was that that money was not appropriated for and was not taken from the consolidated revenue fund and the parliament is not even aware.

READ:  "Once You Join APC, All Your Sins Are Forgiven" - Oshiomhole [Video]

“Yes you made recoveries, the fund should have been swept into the Consolidated Revenue Fund and disbursed in line with the appropriation act.

“There are a series of payments made out of this recovery account and we cross-checked the appropriation act, we can’t see where we made provisions for those withdrawals and that is our worry.”

Mr Idris, who was unable to provide satisfactory answers to the questions, had claimed that the consolidated account and the recovery accounts were the same.

The minister of finance later intervened that the government could not have withdrawn money from the recovery account, but rather from the consolidated revenue.

“On the issues raised, if you look at MTEF of 2019 and 2020, we have made provisions for asset recoveries as a budget item. We do have provisions in the budget that allows us to make use of funds from the recovered funds. But the right procedure would be to move the funds from the final assets recovery accounts to the consolidated revenue.”

On his part, the Chairman of the committee, Adejoro Adeogun (APC, Ondo) said the accountant general violated the constitution and the financial regulation law.

“What the accountant general has done is a clear violation of the financial regulation. If we keep having infractions like this, which our constitution makes provisions for, clearly, someone should be held for it,” he said.

KanyiDaily recalls that the Minister of Finance, Zainab Ahmed, had earlier said Nigeria’s level of borrowing is not unreasonable.

READ:  PHOTO: Priest Going To Church With AK47 In The North