Zamfara State House of Assembly has denied suspending plenary indefinitely over the abduction of the speaker’s father, Alhaji Muazu Abubakar. 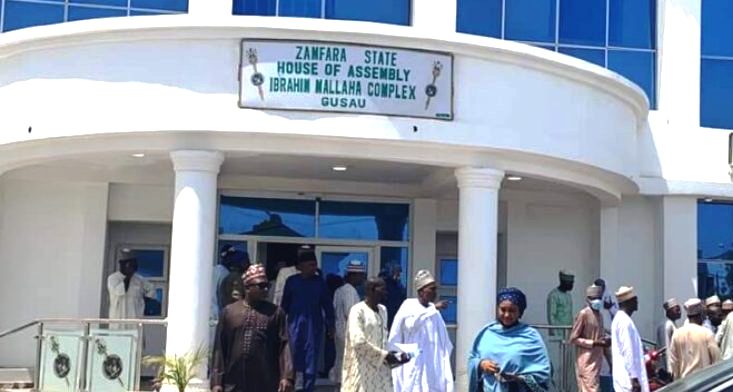 It was gathered that the speaker’s father was abducted by armed bandits, three weeks ago, during an attack on his community, Magarya in Kanwa District of Zurmi LGA of the state.

A top staff of the parliament had told Daily Trust that the Zamfara State House of Assembly has decided to suspend its activities because the lawmakers are deeply concerned by the abduction.

“There are a lot of issues including the list of commissioner-nominees that require attention but the House has stopped everything until the speaker’s father is released hale and hearty,” the source added.

The source said the list of the commissioner-nominees was received about two weeks ago and that the members of the House have resolved not to sit until the abduction saga is over.

Zamfara House of Assembly has swiftly denied reports that it suspended plenaries in the state until the Speaker’s father regained their freedom from kidnappers.

A statement signed by the Director-General, Press Affairs of the State Assembly, Mustapha Jafaru Kaura said the House never sat or deliberated on the abduction of the Speaker’s father, neither did it take any decision relating to the incident.

“The House rules regarding taking any decision on any issue or issues are clear, and at no time did the lawmakers meet in the hallowed chamber of the House to take this hasty decision as claimed by some sections of the media” the statement added.

“The lawmakers sat some time on 23rd July this year and resolved to have a break to allow the lawmakers go back to their respective constituencies to effectively monitor the ongoing revalidation of APC membership card exercise across the state.

“Section 101 of the 1999 constitution as amended has spelt out in clear terms the roles of the state Houses of Assembly and the Zamfara State House of Assembly is not an exception to this provision, regular committee sittings and oversight functions are still going on in the House”

The House urged the general public to disregard such stories as untrue, baseless and unfounded and does not reflect the true situation of things at the state legislative arm of government.

READ:  Ambode congratulates Sanwo-olu, to be absent at inauguration