Governor Nasir El-Rufai says it’s foolish to demand that the north must give power to the south in 2023.

Kaduna State Governor, Nasir El-Rufai has insisted that it’s foolish for anyone to demand that the north must give power to the south in the 2023 presidential election.

El-Rufai stated this while reacting to the demand of the Southern Governors that their region must produce Nigeria’s next president.

Speaking with journalists on Tuesday, the governor suggested that a power shift is possible but there has to be an agreement between the north and the south.

“We are not saying there cannot be a rotational presidency,” El-Rufai said.

“It can be done but you have to come and sit with the politicians in the north and dialogue and then we agree to give our support to the south but no one has the right to sit in Lagos or Port Harcourt and say whether northerners want it or not, they must relinquish power to the south, that is wrong.

“It is not how we do politics and in fact, it is foolish.”

KanyiDaily recalls that Governor El-Rufai had said it would be in the interest of fairness and unity for the north to relinquish power to the south in 2023.

READ:  Omoyele Sowore Clashes With Members Of His AAC Party At INEC Headquarters In Abuja [Video] 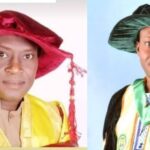 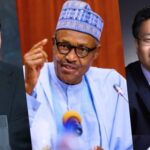