Ondo State Governor, Rotimi Akeredolu said his colleagues in the South won’t support any political party that fields a northern presidential candidate in the 2023 election. 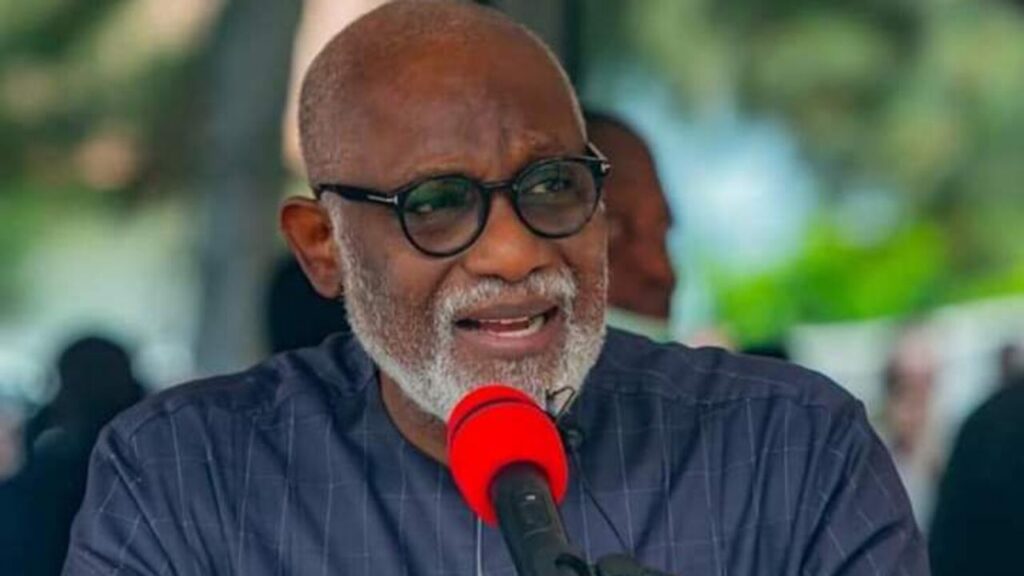 Governor Akeredolu, who disclosed on Friday during an interview with Channels Television, insisted that the 2023 presidency must be zoned to the South for the sake of justice and fairness.

He stressed that competence shouldn’t be a problem because there are competent people in both northern and southern regions of the country.

“There are about three political parties that are in the Southern Governors’ Forum, we have APGA, PDP and APC. All of us are unanimous in our position that the next president of this country must come from the south.

“For us, we are unanimous. It is not a political platform. I believe that any party that picks somebody from the north would have to face the whole southern region, southern government because they would not support it.

“But it has to come from the south. We are saying that there must be, what I will call rotational. The justice of it, the fairness in it, that is what we are preaching.

“If my president – President Buhari — has been in office for eight years, so it can’t be from the north, the next president must come from the south.

Meanwhile, the Emir of Keffi, HRH Alhaji Shehu Yamusa III, has called on Nigerian women to show interest in the Presidency to succeed President Muhammadu Buhari in 2023.

2023 Presidency: We Will Continue To Lead Nigeria, No One Can Stop Us – Northern Elders