Northern Elders Forum (NEF) has disagreed on the zoning of the presidential ticket in 2023, insisting that the North will continue to rule Nigeria because of its voting power. 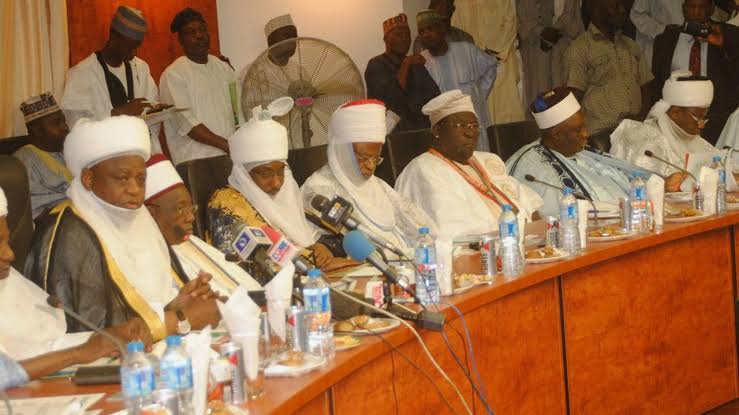 KanyiDaily recalls that the Southern governors had risen from their meeting in Enugu to repeat their call for the presidency, saying that the South won’t support any political party that fields a northern presidential candidate in the 2023 election.

However, while speaking over the weekend, Baba-Ahmed insisted that the next president should come from the North, stressing that heaven will not fall if power is retained in the region.

The NEF spokesman also described the presidency as the inheritance of the North, adding that the region has the majority of voters who can vote for a Northerner to succeed President Muhammadu Buhari.

“North Is Not For Sale, We’re Not Second-Class Citizens”

Ababa-Ahmed said that the North was not for sale and that Northerners are not second-class citizens of Nigeria, as such the region will not accept to play second fiddle when the region has the population to vie for the top political position and win.

“We have the majority of the votes and the democracy says vote whom you want. Why should we accept a second class position when we know we can buy forms and contest for first class and we will win?

“Why does anybody need to threaten us and intimidate us? We will get that power, but be humble because power comes from God. We inherited leadership, being honest is not being stupid.

“There are Nigerians who believed that because the economy of the North has already been crumbled; we are running away from insecurity. We are politically vulnerable, they think they can buy us for 2023. They are making a mistake.

“We are not for sale. We are in the process of rebuilding the North and we will rebuild the North from 2023.”

The Northern Elder said, “Whether the North holds power in 2023 or not, anybody who wants to break up in this country will say so. They are just looking for excuses.

“This is democracy. If they don’t like what Nigeria is, they will say they want to break up from this country. We don’t pay attention to those people. We are focused on the fact that we are running a democratic system.

“If the majority of Nigerian voters vote for a candidate from the North and he becomes the President and somebody doesn’t want to live under Nigeria President, the person can leave.

“We inherited the North that determined where Nigeria went. We dropped the ball and we are leaving you to pick it.

Meanwhile, the Emir of Keffi, HRH Alhaji Shehu Yamusa III, has called on Nigerian women to show interest in the Presidency to succeed Buhari in 2023. 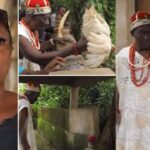 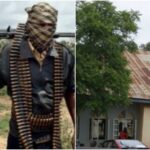